Early last year I ordered a set of four cartridges of Silbersalz35 250D film. Silbersalz35 is a small German film manufacturer that uses Kodak Vision3 motion picture film stocks for still photography. Silbersalz35 processes these film stocks in ECN2-process. As I was to eventually discover, they also have a cinematic look that they grade into the images, though I didn’t realise this when I initially ordered the film.

When buying a set of four cartridges of film from Silbersalz35, it includes the ECN2 processing and scanning. Prices are actually a bit more affordable than buying film and having it developed and scanned in a lab like MeinFilmLab or Carmencita Lab. Though of course, it is still more expensive than developing and scanning color negative film by yourself (I’m also not able to do this by myself).

I had great plans with these rolls, I wanted to do some analog macro photography with the Minolta MC Macro Rokkor 3.5/100mm I got at the same time by chance and of course, I wanted to shoot at least one holiday trip on film. Then the pandemic struck Europe and deleted almost all our plans. I did some analog macro photography but only a few decent frames came out. I did some shooting around Munich in spring 2020. In Germany in that first lockdown it was still possible to go outside at any time and stroll through the city alone. I normally don’t like shooting in Munich, except for a few places, this city does not inspire me at all. Not surprisingly only a few decent frames came out.

It took me till summer 2020 to finish the four rolls with the Minolta X-700 and the Minolta XD-7 and several Minolta lenses. The ECN2 processing and scanning voucher is only valuable if you send in the complete cartridge with four rolls, so I had to finish them all.

The scans came as .jpeg and .jp2 files in a huge download. Results were disappointing at first look. Though I overexposed the film by one stop as recommended (shooting 250D at ISO 125) the scans came out dark, very hazy and not very sharp.

I didn’t contact Silbersalz35 for the scans, I had other worries at that time (I had to move with my family from our much too small flat to a little house). But then, somewhat surprisingly a guy from Silbersalz35 contacted me some days later offering me to make new scans from my negatives, admitting that something went wrong with scanning. The new scans were better, still dark and hazy for my taste, but a bit sharper – not super-sharp though. All scans show a black frame around every foto which I generally like, but the frame causes trouble if you want to rotate or crop your shot.

I decided to post-process every shot from the jp2-file using Darktable (p.e. dehaze, local contrast, levels and saturation) and Gimp. The .jp2-files allow a lot of tweaking in post-processing, just like RAW files from digital cameras. I’m not very good at post-processing but after a little tweaking some frames came out more to my tastes.

The white balance of the original scans I got is very warm (perhaps intensified with the rather warm colors of my Minolta lenses). I did not change this in post, as I wanted to keep something of the character of the scans.

Several months later – whilst writing this article – I had a little discussion with Hamish about the scans and how I wasn’t sure about them. He pointed out to me that he thought they baked in something of a “Cinematic House Look” to their images to give them something more of a motion picture style.

Sure enough, when I took a closer look at the FAQ section of the Silbersalz35 website I found there was some information provided about scanning, including:

The logarithmic encoding is similar to Cineon, but the film is encoded using a Gamma of 2.046 for density.

And in relation to their colour science specifically:

This is our little secret. Don’t ask again!

So yes, it seems that they are grading the scans to look cinematic in a similar way that would be done for motion picture film. It was their intended look of the scans that I got. The sample images on their website show that with other lens/camera combinations and/or other light conditions the scans aren’t necessarily hazy, but a warm dark look seems to be intended.

As such, I have included below the original scans (.jpeg-files) as received from Silbersalz35 alongside my edits:
Rosehips in late winter 2020 Minolta XD-7 with Minolta MC Macro Rokkor 3.5/100mm Empty main shopping street (Kaufinger Straße) in Munich during the first lockdown, April 2020. This emptiness was not representative for the first lockdown in Munich. The city was crowded again in mid-April 2020. I had to get up early to do this shot. Minolta X-700 with Minolta MD Zoom 3.5-4.5/35-105mm I used the few empty days to take pictures of the deserted classicist buildings at  Königsplatz. Here you can see the issue with the dark frames when it’s necessary to rotate an image. Minolta X-700 with Minolta MD Zoom 3.5-4.5/35-105mm The next two shots of spring 2020 in bloom in the magic light of an old cemetery (Alter Südfriedhof München). We lived very close to this place for almost 8 years. This is perhaps the only place in Munich city centre I really miss. Minolta X-700 with Minolta MD Zoom 3.5-4.5/35-105mm I’m quite happy with some of my processed (esp. dehazed, levelled and saturated) images. I really like the colors I got in some of the frames.

The film stock itself is nice to handle. With the Minolta X-700 and XD-7 (which both have quite reliable light meters) I had no exposure issues, shooting mostly in aperture priority mode. The film certainly seems to have good exposure latitude. The grain is very fine, in some frames barely visible. As I don’t like heavy grain, so this is very appealing to me.

I’m planning to order another set of four cartridges of Silbersalz35, probably 250D again. As I almost never shoot film indoors, the tungsten-type film stocks perhaps do not fit my needs and the Silbersalz35 50D is too slow for me (it has to be shot at ISO25).

I now understand that Silbersalz35 offers an interesting alternative to the classic film stocks – the look of the scans is quite unique. The .jpeg-files you get are more or less preview scans, but the .jp2-files give you many possibilities for post-processing if you want to. I shall definitely be better prepared for the outcome next time too.

Finally, even though the outcome wasn’t what I was expecting first, I was still very pleasantly surprised that the guys at Silbersalz35 offered me new scans without any complaint from me. Germany has a (not completely wrong) bad reputation as “service-hell” but Silbersalz35 seems to be a very positive exception to this, in my case at least. 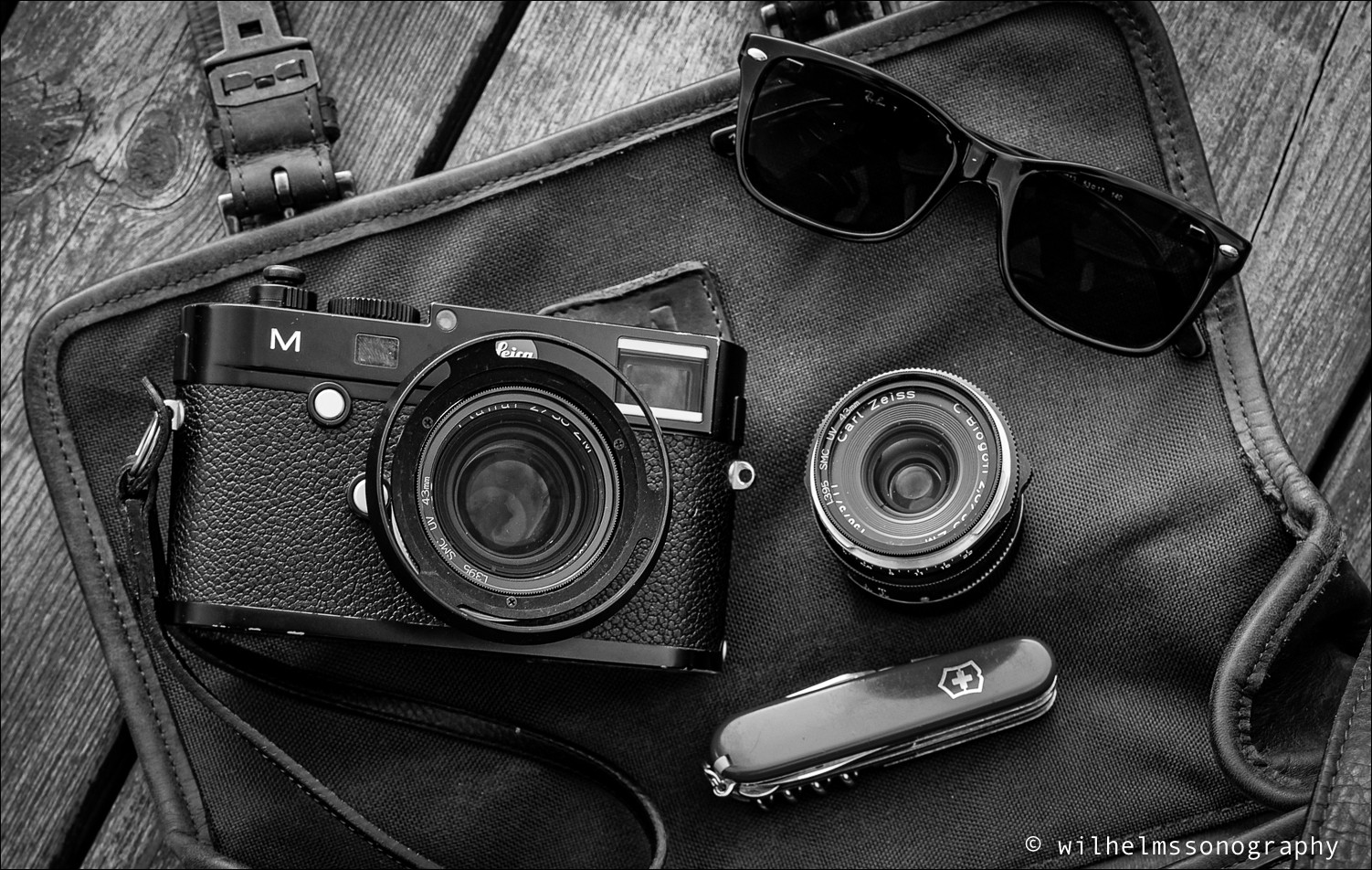 5 frames with 5 Leicas – by Per Wilhelmsson An Istanbul Airport Stopover; Photographing the Sleepers - by Simon King