I’ve owned this Minolta G-Rokkor 28mm f/3.5 for quite a while now – I had Bellamy find me one after I sold my Minolta TC-1 (also bought from Bellamy), the camera from which the lens originates. There was something really special about the quality of the results from that camera that meant that whilst I was happy to let the camera itself go, I didn’t feel I could part with the lens. Despite this – for reasons I will get to – I’ve only actually used my G-Rokkor a handful of times, so I have decided to sell it. But before it goes, I thought it deserved a little bit of a send of in the form of this short review.

If you don’t know much about this lens then let me fill you in. This lens is one of a few very special lenses that came out of Japan in the era of the super-high-end compact cameras. The Minolta TC-1, Konica Hexar and Ricoh GR series of compact cameras are well known for their exceptional optics. None are without flaws, but they all have something undeniably special about the quality of rendering. The same indeed can be said about the Rollei 40mm Sonnar found on the slightly older but equally compelling Rollei 35 cameras.

I’m not going to pretend to know the full history of why and how, but at various points in the late 90s/early 2000s the optics out of these camera were used as the basis for Leica mount limited/special editions lenses. In the case of the lens I’m talking about here, the 28mm f/3.5 optics out of the Minolta TC-1 was used to create the Minolta G-Rokkor 28mm f/3.5 lens which came in Leica thread mount (ltm). This lens was supposedly part of a 70 year celebration of the brand and was made in a limited run of 2000 units – one of which I am in the process of parting with. The g-rokkor mounted to a Leica Standard

Though I haven’t tried, or even actually ever seen the Konica, Ricoh or Rollei lenses in the flesh, I have it on very good authority that they all share the same mechanically wonderful feel. However the rest of them feel to use though, I can tell you with 100% certainty that the Minolta G-Rokkor 28mm f/3.5 is one of, if not the best lenses I’ve ever used when it comes to how smooth the focusing is and how precise the aperture control feels.

I suppose this is something Minolta were able to do as a bit of an indulgence. When mass producing something, there is always going to be an exercise in cost saving when it comes to the manufacturing processes. With a limited edition lens, those considerations are going to be less relevant. The price of the lens can be higher as the end goal is only to sell a relative few to collectors or people with a special interest who are going to pay a premium anyway. And premium is definitely what you get with this lens – it’s just an absolute gem in this regard, having quite clearly had a lot of effort put into its build quality.

It also handles really nicely. I’m a fan of a focus tab, and despite the lens’s optics being really quite small, the housing is big enough that the aperture control is very easy to grasp with a camera to the eye. In short, there really is very little I don’t like about how this lens is constructed. My only slight criticism is that the body of the lens sits a little large on thread mount Leica cameras. Compared to the Voigtlander 28mm f/3.5 (which I will be coming back to in a moment) it’s just a little too big feeling. In fact, I think actually it was designed with m-mount adaptation in mind. So what about the optics then? Well, of course, the Minolta G-Rokkor 28mm f/3.5 didn’t let me down – not entirely at least. I loved the Minolta TC-1 for a good few reasons, but it’s lens was definitely the headline feature for me.

There were a few images that I took with the TC-1 that absolutely blew me away, but the one that had me entirely enamoured was this one: 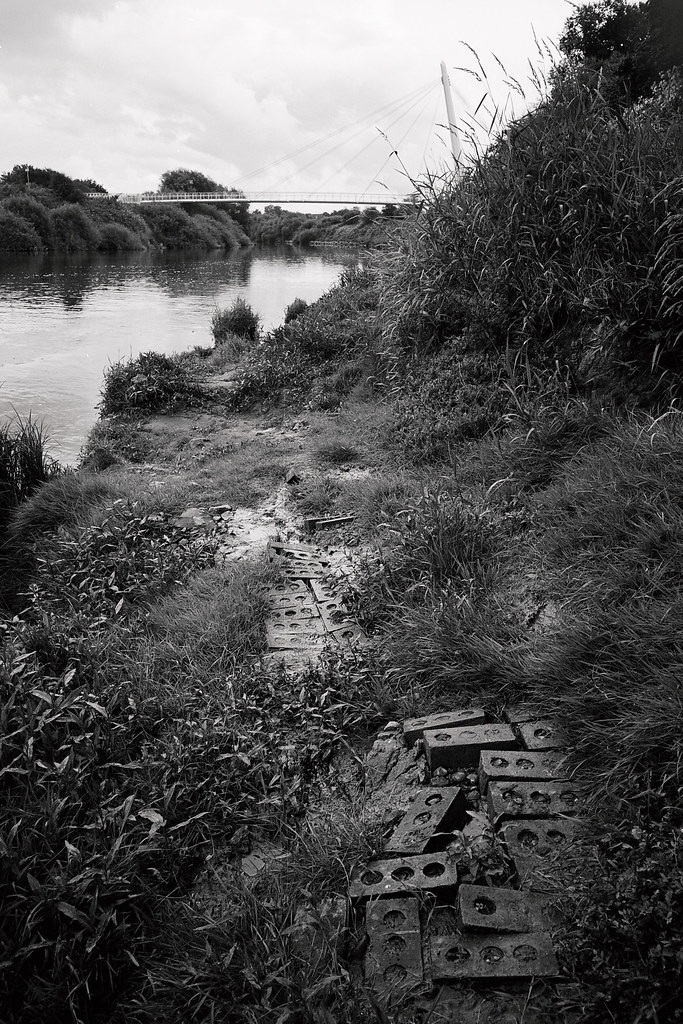 It was that photo that sealed the idea in my mind that this lens is absolutely perfect for black & white photography. I love how the relatively strong vignette draws the eye, and how details are rendered. It feels like it has an almost perfect balance of high resolution, contrast and vignette to create an aesthetic that works really well for me.

The funny thing is, I’m not usually that fussed by resolution. I’m more of a contrast guy. I don’t seek the finest rendering of tiny details in my images, I just like that overall sense of “pop” that comes with higher contrast lenses – even ones that have less resolving power. That said, I just can’t deny there’s something about black & white photography that given the right subject matter gains from the added resolution this lens brings to the table. 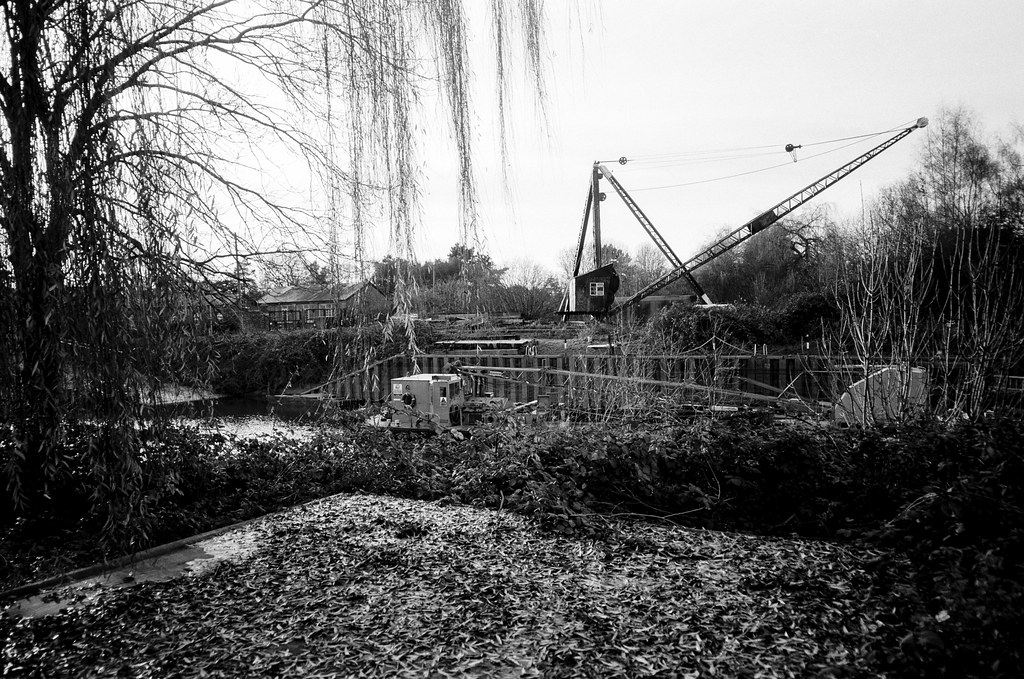 But anyway, for the most part, if you want to read more of my thoughts about these optics, you can have a look at the Minolta TC-1 review where you will find me waffling on with even more enthusiasm about how much I love this look. Just note, whilst the optics are exactly the same, the rehoused lens has a traditional iris in this lens rather than the perfectly round stops that the TC-1 has. I suspect this means this lens would produce sun stars instead of the little halos that come from the TC-1, but I haven’t tested that theory.

Where it all went wrong

So if I love the feel of this lens, love the handling and love the way it renders, you might be wondering where it all went wrong? Well, the aforementioned slightly large body that meant it doesn’t mount as nicely on a thread mount Leica was the first blow for it. The lens is oversized to the standard ltm mount

I also really love my Voigtlander 28mm f/3.5, and with that mounting so neatly on the various ltm Leicas I use meant that when I wanted to shoot one of those cameras – which I almost invariably shoot with a 28mm – I chose the Voigtlander instead. The Voigtlander also renders with more contrast and less resolution which I prefer with colour colour film which made it more flexible for me.

The second blow was me discovering that it doesn’t play nice on digital bodies. The colour shift toward the edge of the frame even on the M10-P (the least susceptible to this issue) was too great for the in-built camera profiles to overcome. And even if I could use software to combat it, the corners turn to mush on digital. In fact, the corners still turn to mush on the Leica Monochrom, so it didn’t find a home on that camera either.

This might seem daft, but all this felt like it limited my usage with this lens to times I wanted to shoot m-mount bodies with a 28mm lens and black & white film. With its really good handling, nice fitment to these bodies and spot on rendering, for a long time I felt that I could justify keeping it for this too. In fact, my most recent outing with it when I shot a roll of Ilford Ortho and got some really stunning results very nearly reinforced my conviction to keep it. LTM, but made for m-mout!

That was until I took it back off the Hexar I’d shot it on a put it back in its spot in the back of the cupboard. In putting it there I just had one of those moments where I had a huge sense of it being wasted. It had sat there so long before, and would probably sit there for an age again. That was when I decided it had to go.

Soon after, I sent it to PPP camera repairs for a once over – I was worried it had a tiny amount of haze, though it seems like I was being paranoid as Pierro confirmed that it’s as clean as a whistle. He then posted a picture of it on his Instagram, and within minutes of his post I’d had enquiries about if I was interested in selling it. This really sealed the deal for me. Other people’s desire to shoot something that I own and don’t use is a big motivation for me to sell stuff sometimes… so that was that, the end of my time with the Minolta G-Rokkor 28mm f/3.5 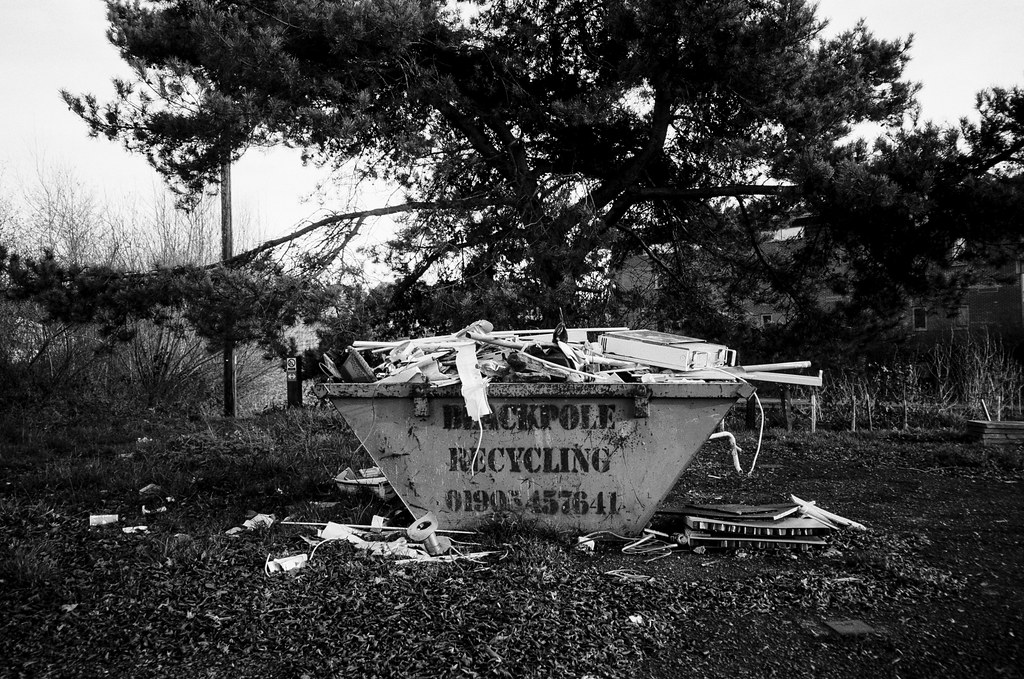 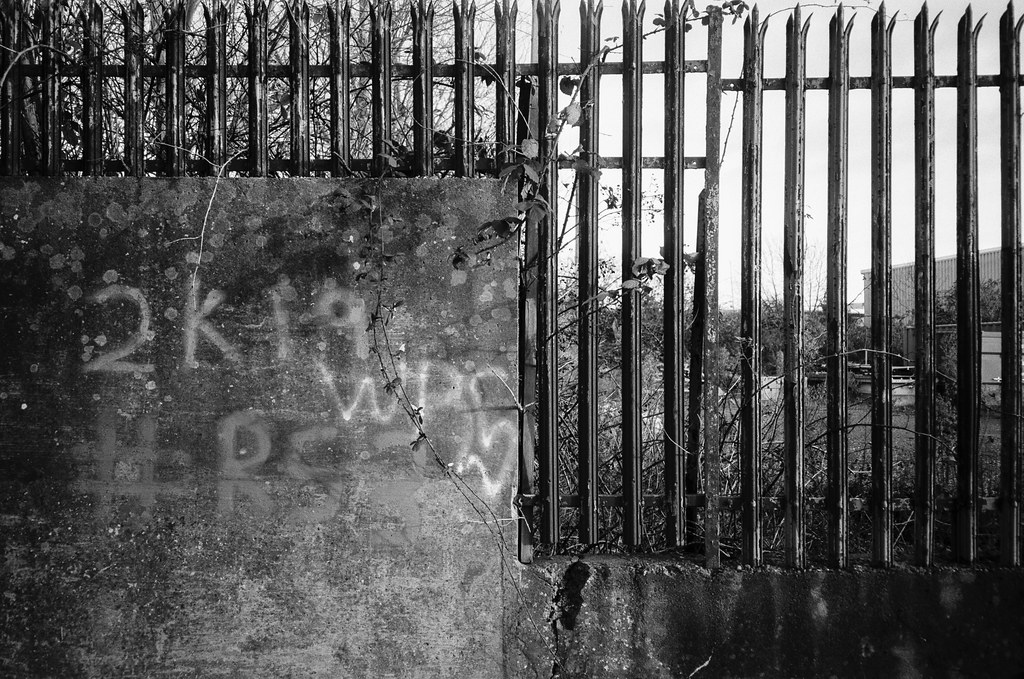 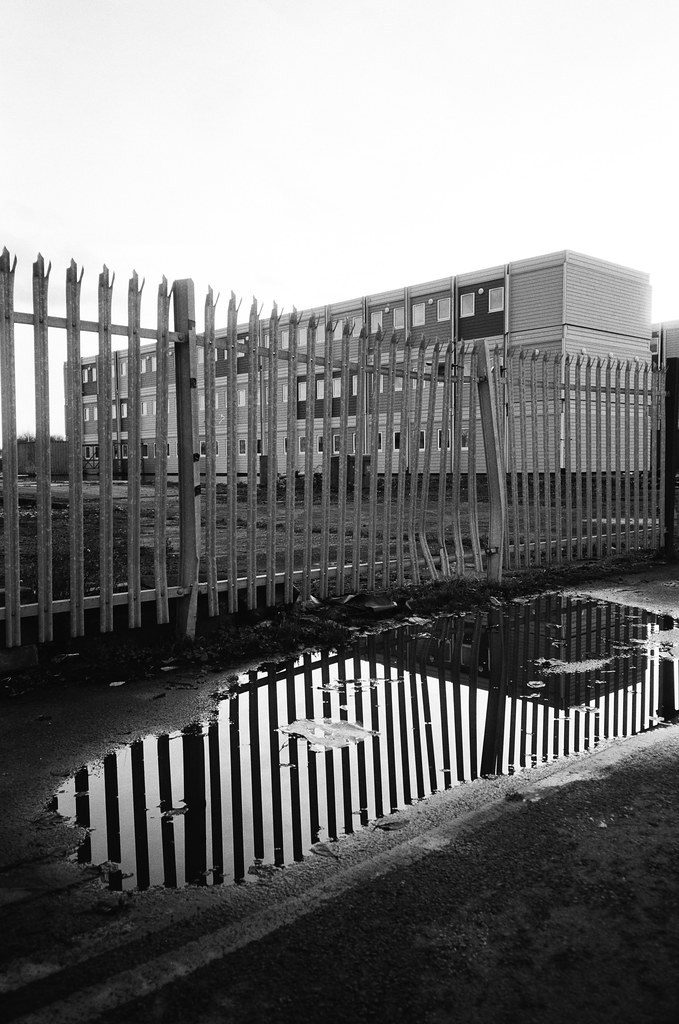 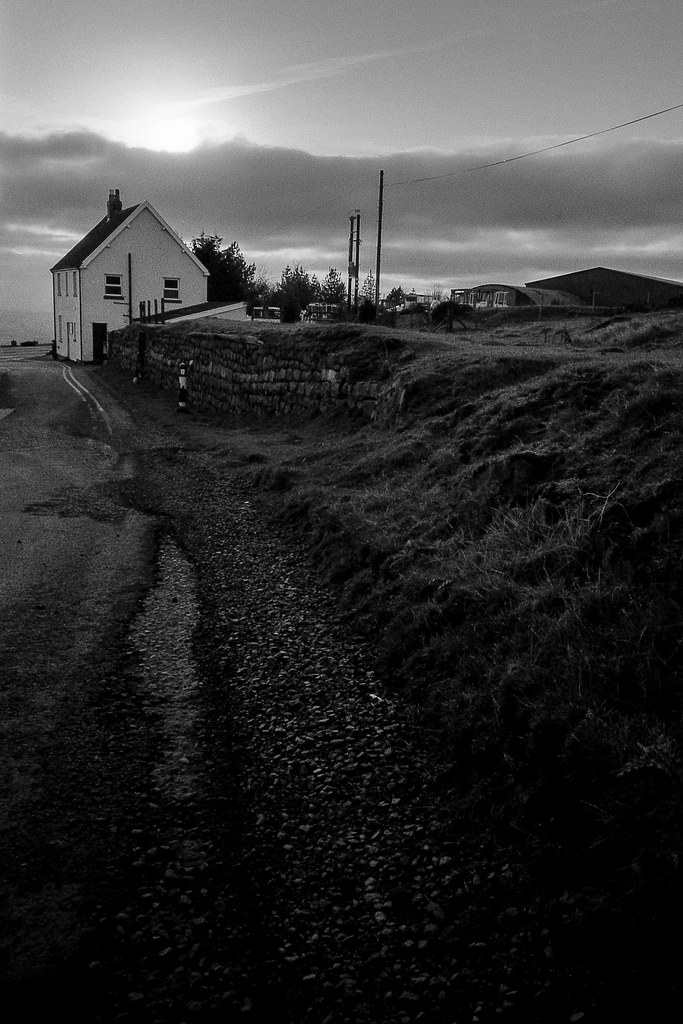 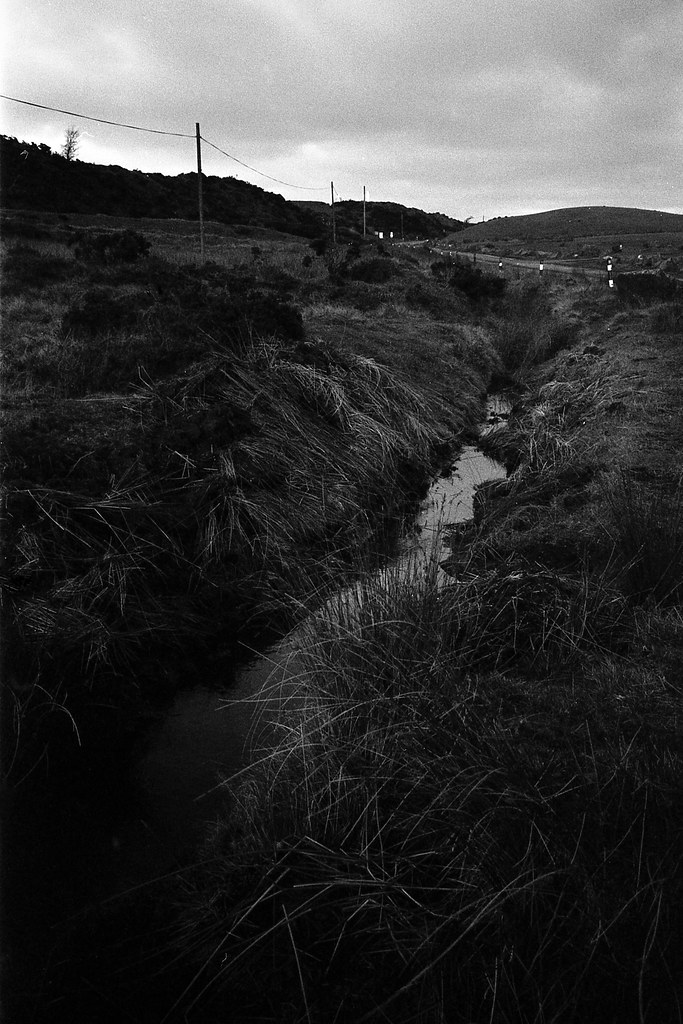 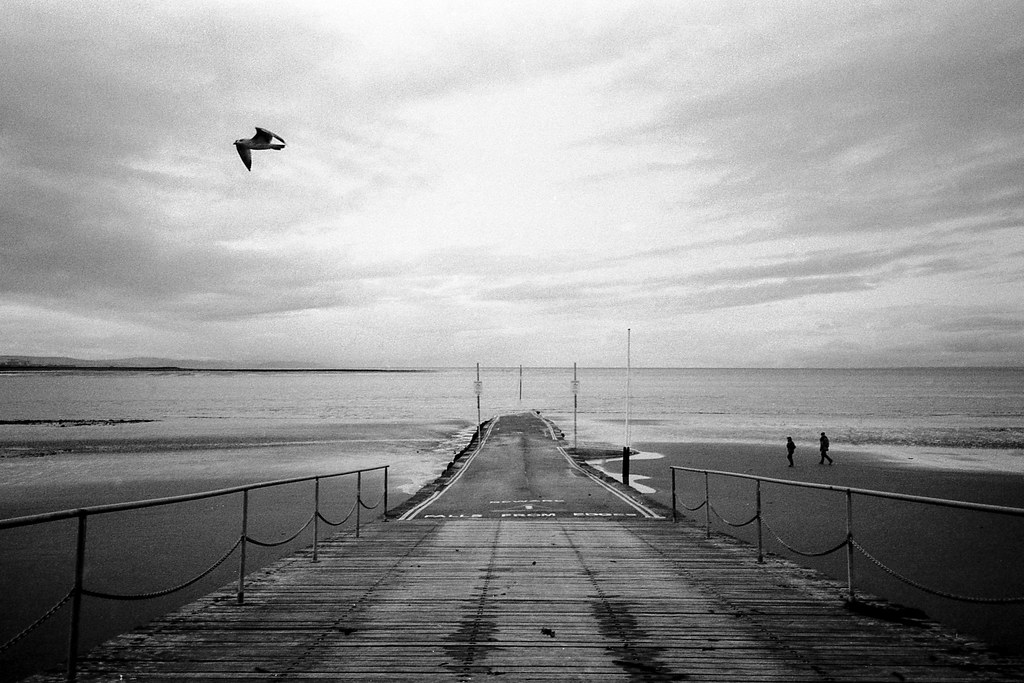 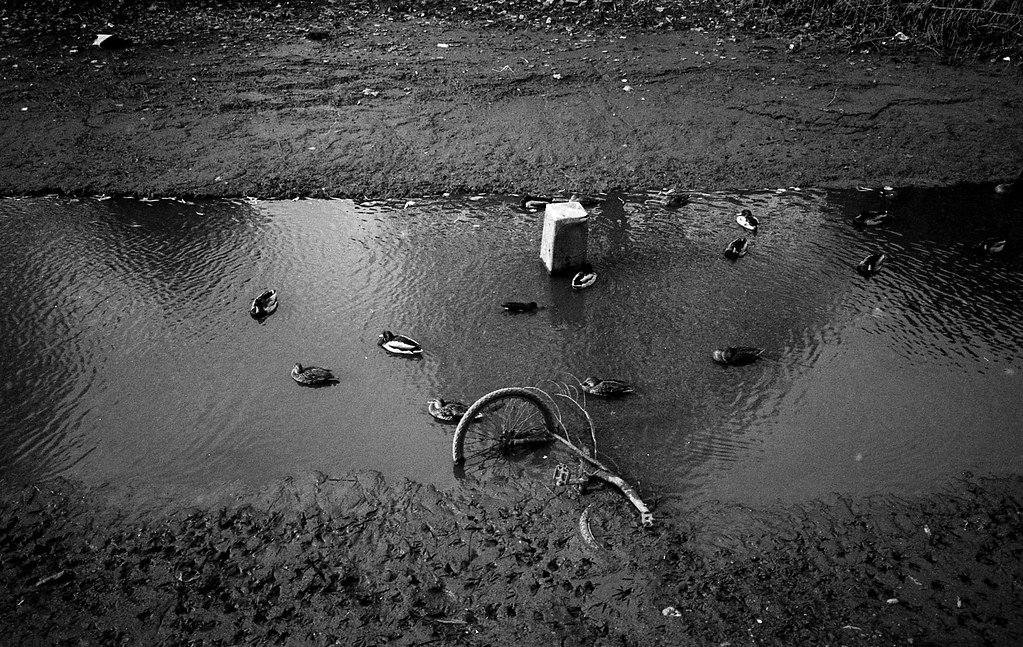 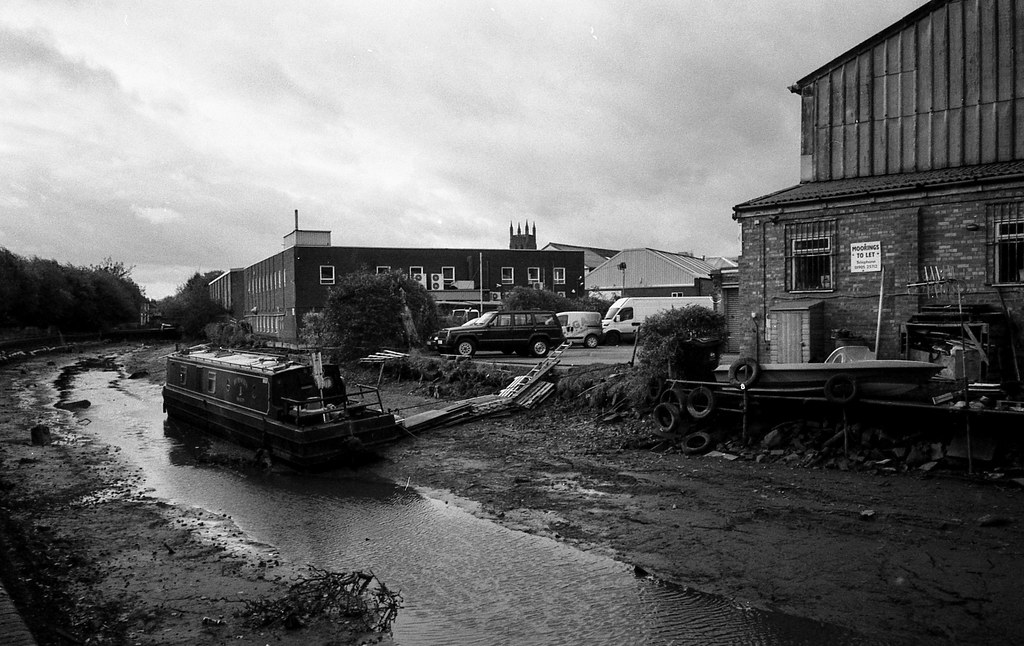 Ultimately, the Minolta G-Rokkor 28mm f/3.5 leaves me with the sense that I’m letting go of something really quite special, but something that I perhaps don’t deserve and certainly don’t need to own. It’s a collector’s item I think – a lens to shoot for sure – but one that needs to be owned by someone who appreciates it both for its rendering and for what it is. I’m not really a collector of cameras or lenses. I have a few of them, but I don’t have that “collect them all” mentality that some people have. I like to feel that I have the kit I own for a reason, and whilst I have justified the ownership of the Minolta G-Rokkor 28mm f/3.5 for a long while now, I feel that justification has become to thin for me to keep it any longer. I just hope I don’t regret coming to this conclusion!