I recently kicked off a bit of a series of posts talking about my experiences with my Pentax MX. In that first post, I talked a bit about how I didn’t want to just review the camera and move on as I so frequently do. Well, in partial contradiction to that I’ve decided to “review” the Pentax MX earlier on in the series of posts than I expected to. This won’t be the end of my relationship with this little camera though – as you’ll read, we’ve hit it off, and I intend to stick with it for a little while longer at least.

As I mentioned in my opening post in this series, possibly the main reason I’ve found such joy with this camera is the balance of features, function and size that it gives me. My photography has been at a bit of a low ebb recently, and as such, I’ve felt that I needed a camera that gave me a sense of connection to the process of taking photos. I’ve always liked small and simple cameras that offer a clear and obvious set of features, but in the place I’m in at the moment, those factors seem all the more important to me. Fortunately – despite some slight issues with the controls and my need to shoot with my left eye – the Pentax MX seems to be fitting the bill very nicely.

As mentioned in the first post in this series, the Pentax MX comes from the Pentax M-series of cameras released between the mid-70s and mid-80s. The whole series of cameras and lenses were marketed on their diminutive size. The Pentax MX is – at least as far as I can work out – the smallest fully mechanical metered SLR camera ever produced. And yes, before you ask, it is slightly smaller than the Olympus OM1, though there’s very little in it. It’s fair to say that with the Pentax MX’s tiny size comes a fairly sparse set of features. In saying that, it definitely feels like the sort of camera that’s not really missing anything. That is to say, for what it does, and how it does it, it doesn’t feel like it falls short of the mark in many respects at all.

The Pentax MX was, in fact, the model in the range that was supposedly designed to appeal to the “professional” – as such, unlike all of the other cameras in the M-Series line, it is fully mechanical and therefore doesn’t require batteries for it to take a photo. Of course, the built-in light meter doesn’t work without a battery, but as I will come to, even without the meter working, not only does the Pentax MX continue to shoot but – thanks to the way the meter is displayed in the viewfinder – it doesn’t feel like anything is missing from its overall functionality.

The light meter in the Pentax MX controlled by an inner wheel on top of the shutter dial. Press the little silver button in and the exposure index can be set between 25 and 1600. This upper limit of 1600 will likely be seen as a limitation by some, but fortunately for me, I rarely use a built-in light meter on the rare occasion I shoot as high as EI3200 or above. It’s also easy enough to work around this limitation anyway… but I’ll come back to that in a later post.

The light meter readout in the viewfinder did take me a little bit of getting used to. It’s not complicated at all, but at first glance it certainly made me scratch my head. Now I’m used to it though, it seems entirely logical. On the right-hand side of the view through the finder are displayed three shutter speeds, the selected one in the centre, with the next slowest speed below and next fastest speed above. When you half-press the shutter button – at least when there are batteries in the camera – one of a series of 5 LEDs illuminates. If the correct speed is selected a green LED glows next to the middle selected shutter speed. If the camera is about 1/2 stop out, it will glow an orange LED. And if the camera is a stop or more out it will glow a red LED to indicate which way the exposure is out. More than one stop out

It’s definitely simple and a very effective solution, but as I’ve alluded, the thing I like about it the most is that when there isn’t a battery in the camera, the meter functionality completely disappears. The LEDs don’t illuminate, so you’re just left with a shutter speed readout. This differs from a lot of cameras – even ones that continue to work without the battery – that have matched needle meters or other light meter read-outs that remain visible, but non-functioning when there’s no battery. No LEDs, the shutter and aperture are still visible

This might not sound like a big deal, but to me – someone who appreciates simplicity and neatness in camera design – it gives a real sense that the designers of the camera actually intended it to be used either with or without batteries. And since I like shooting both with and without a light meter, it feels like it quite specifically fits both my shooting needs and how my brain works.

As well as the shutter speed readout, there’s also a little window at the top of the viewfinder that shows the chosen aperture on the lens. It works perfectly well in good light, but unfortunately, with it being a simple window to the settings on the lens, and there being no built-in artificial illumination, it is a little difficult to see the chosen aperture in lower-light.

The viewfinder is otherwise fairly wonderful. It feels huge to look through, and though I’m still struggling to get to grips with SLR focusing again, I’ve found the experience of shooting this particular camera to be fairly positive. The Pentax MX focusing screen that’s installed in my MX has a combination of split-prism with a micro-prism ring around it. I must admit, the micro-prism ring isn’t quite as good as some I’ve used, but as a fallback to the split-prism, I’ve still found it more than handy a couple of times. The Pentax MX also allows the user to change the focusing screen for different types, but I haven’t explored the alternatives so can’t really comment. I’ve been shooting my Pentax MX primarily with a 40mm 2.8 pancake lens. As I will come back to in a future review of the lens, it’s not without its handling foibles. I do also have the 50mm f/1.7, and though I haven’t actually shot with it yet, it feels like it would be much easier to use on this camera.

Unfortunately for me, the slight handling issues with the Pentax MX aren’t – in my case at least – limited to using it with the 40mm pancake lens, Though I should quickly add that I think a bit of this comes down to me now being a left-eye shooter.

Easy access to adjust the slightly-stiffer-to-turn-than-average shutter speed dial really requires the film advance lever to be folded out to its ready-to-be-advanced position. This would be less of an issue if I shot with my right eye, but shooting with my left eye the advance pokes into my forehead when it’s folded out.

As such – at least when using the built-in meter – I’ve developed a bit of a system of metering and selecting shutter speeds using the camera with my right eye, then framing and shooting with my left. Not perfectly ideal really, but I’ve come to terms with the fact that cameras just aren’t designed for left-eye-photographers, so I am just finding ways to live with this minor handicap. The only other control lever is found on the front right-hand face of the camera and is a combined self-timer and depth of field preview. Push it toward the lens and it previews DOF, pull and rotate it 180 degrees away from the lens, and it sets the self-timer. I actually can’t think of another camera that combines these feature into one control, but it makes so much sense and keeps the number of buttons and switches down – which I like.

My particular Pentax MX feels wonderful to use. There aren’t many mechanical parts to interface with, but what there is feels very positive on my copy. The film advance is really smooth and nicely sprung, the shutter dial clicks positively though is a little more stiff than I would like – especially given my left-eye shooting. The depth of field preview switch feels solid, and the self-timer, well, works… which is more than can be said of a lot of self-timers.

I should caveat all this by pointing out that I might have a good copy. I have spoken to a couple of people on social media who have either had bad luck with Pentax cameras of this sort of age dying or in the case of one person on Instagram, their Pentax MX just felt a bit mechanically crap. As I say though, mine is spot on!

The last thing I want to talk about before I conclude is something that I rarely mention when reviewing cameras, and that’s how I’ve found it easiest to load the film. More often than not when I’m loading cameras I put the cartridge in, pull the film out, slot the film into take-up spool and wind. The Pentax MX has a take-up spool that to me feels a bit too fiddly for that method. As such, I’ve found feeding the film into the take-up spool, winding the camera slightly, then loading the cartridge to be an easier method – your mileage may vary. 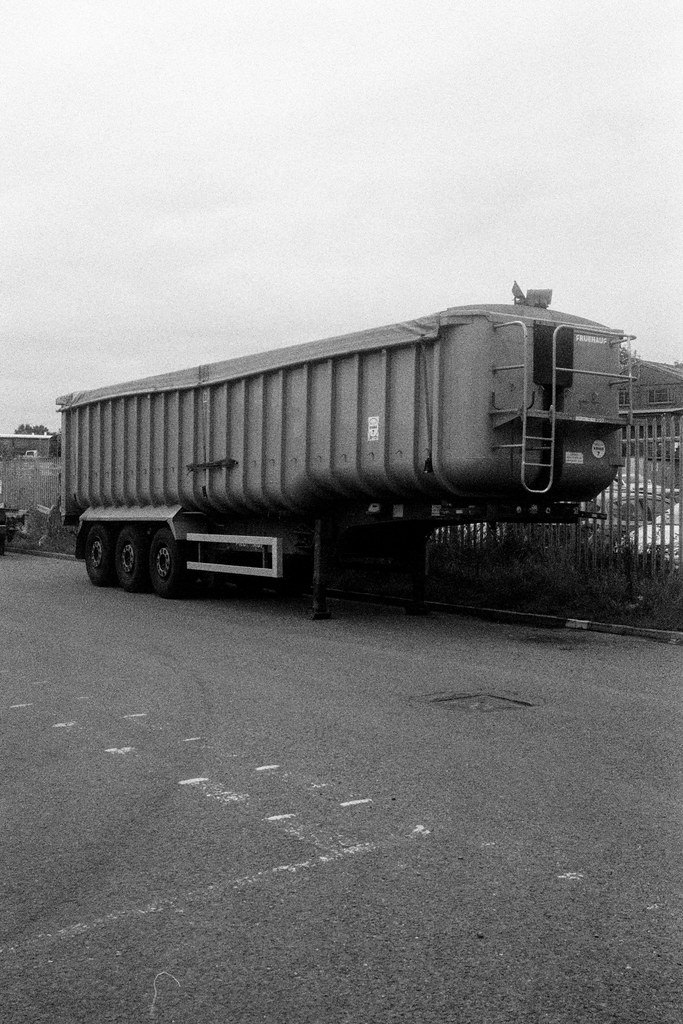 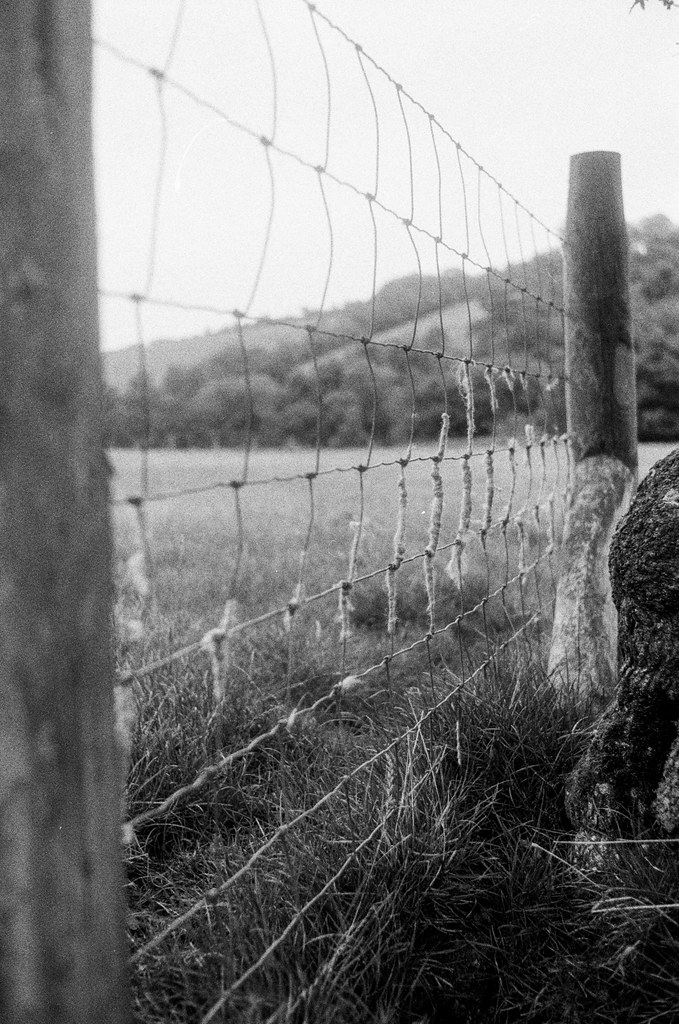 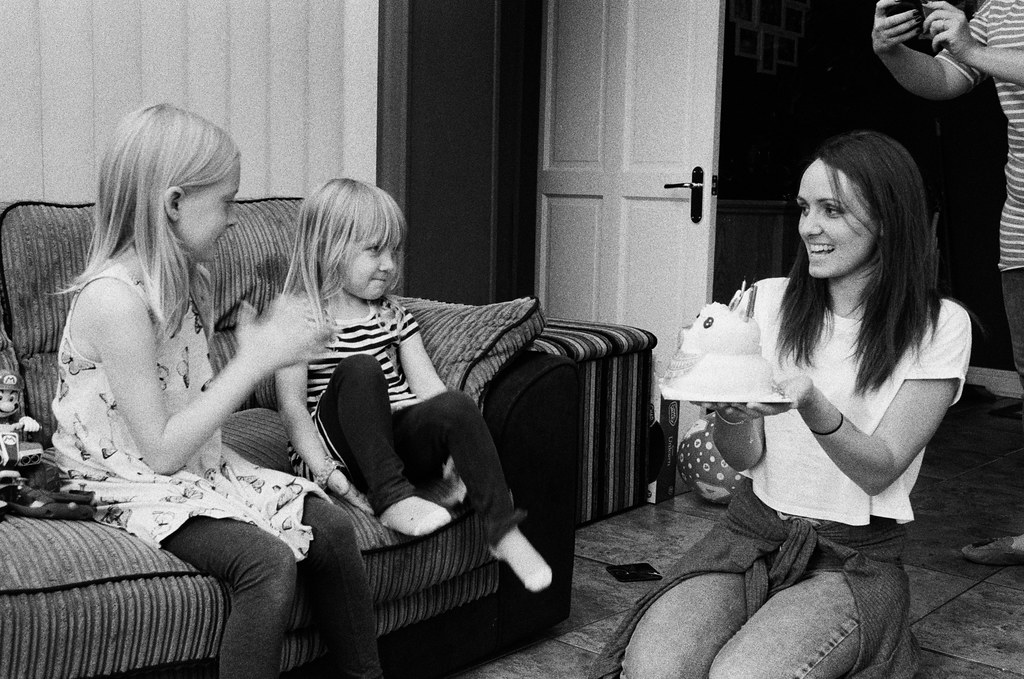 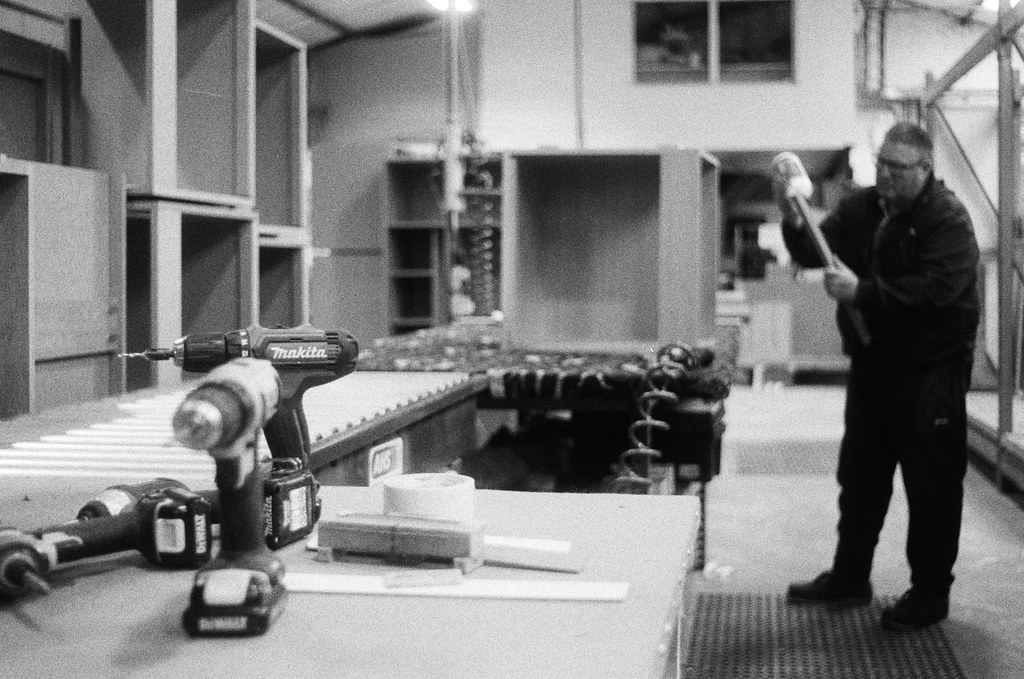 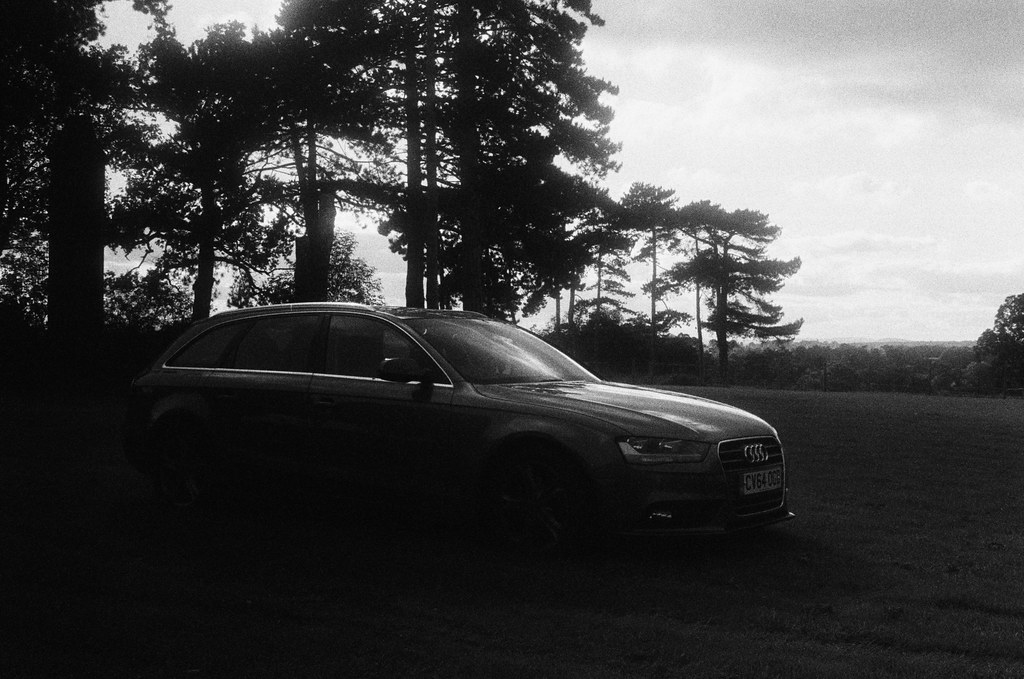 Of course, these won’t be my final thoughts on the Pentax MX. Really, this is just the nuts-and-bolts-review part of what I have to say. I just wanted to write this stuff down as I feel like it gets it out of the way. It also helps lead on to the other posts I have planned about it.

The main point I wanted to make here is that as someone who likes small simple mechanical cameras, the Pentax MX feels like a bit of a gem. Yes, its size does make the slightly stiff shutter speed dial a little fiddly to use, which is especially troublesome for someone who shoots with their left eye, but to me, the small size and portability entirely makes up for this shortcoming. More importantly than most other factors though, I’ve found myself not really needing to think about the Pentax MX when I’m using it, and quite often, I think that’s all that anyone really needs from a camera.

Next up, I intend to share some thoughts on the 40mm f/2.8 pancake lens, and how well, and otherwise, I’ve found it to work for me…