I bought this Pentax Espio 170SL from my local London Camera Exchange. They always have a couple of point & shoot film cameras these days, so I often check for ones that look to have something unique or interesting about them that might make them good to shoot and write about. The thing that attracted me to this Pentax Espio 170SL was its small size – that and the fact that these little Pentax point & shoots generally tend to have a good reputation.

I shared a picture of it on my Instagram when I got home and soon had contact from Jim Grey telling me he too had written about it and had positive experiences. Jim also mentions the good reputation that these Pentax cameras have. In fact, Jim being Jim, he’s also done a very good job of reviewing this little camera. So good, that it nearly put me off writing about it.

I shot it regardless. I figured I might just make a 5 frames post if I got a couple of nice snaps. Unfortunately, my particular copy of the Pentax Espio 170SL demonstrated something that Jim’s didn’t. There’s also one feature of Pentax point & shoot cameras of this era that Jim didn’t mention, so in the end I decided I might as well share my thoughts on the camera as a whole.

The Pentax Espio 170SL is smaller-than-average point & shoot zoom camera with a surprisingly powerful zoom lens. The 170 in the name denotes that the long end of its reach is 170mm. The wide end is 38mm. As is quite often the case, this means that it has a longer telephoto range than I’m used to having available to me. The result of this is that I find something in the novelty of shooting it at the extreme end of the zoom. 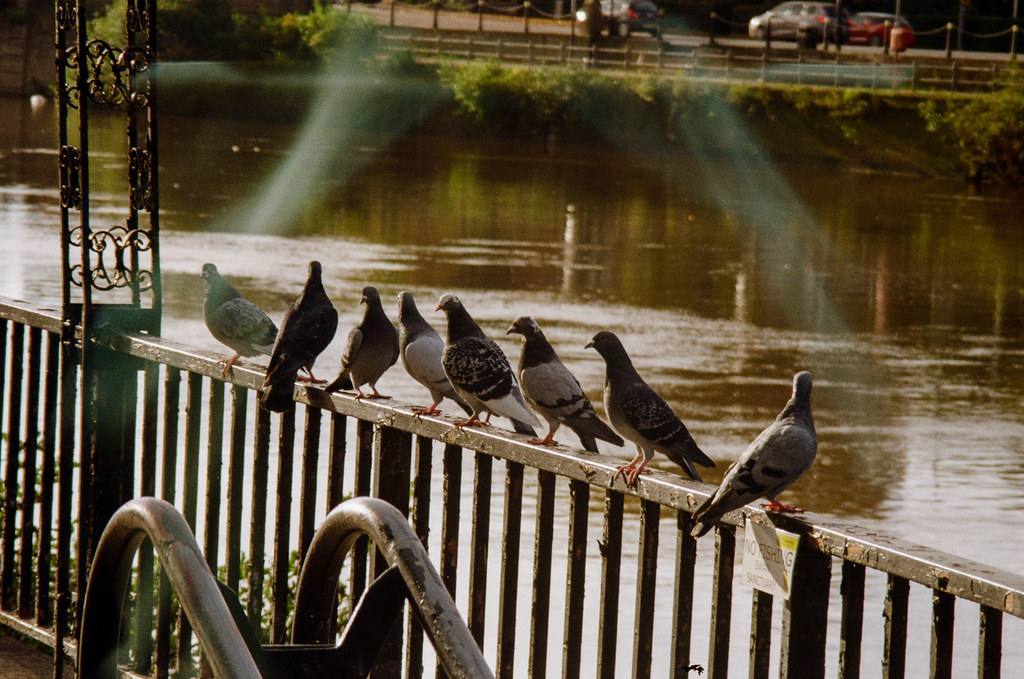 Unfortunately, it was shooting it at the long end of the zoom that caused me to find an issue with the Pentax Espio 170SL, or at least the copy I have here. Close to the long end and everything is fine, but at 170mm I get this weird flare (above) that I suspect this is caused by some sort of internal reflection in the lens – possibly to do with the shiney electronic contacts that are visible if you look into the camera with the lens extended. Though, I should add, I would be hard pushed to prove this, and find it odd that others don’t seem to suffer the same issue. See that shiney bit of copper…?

It’s a shame really, because the rest of the zoom range seems pretty good. In fact, even at the extreme end of the range it’s not that much softer. Or at least not to the degree that I could detect when shooting the Kodak Colorplus 200 I shot with it. 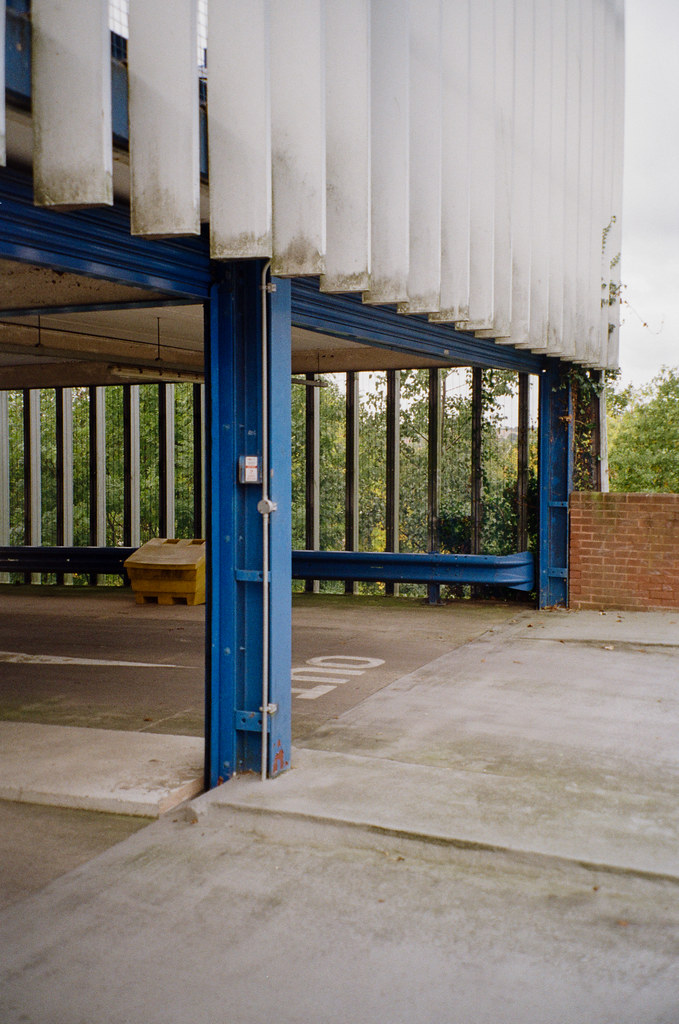 The auto-exposure seemed pretty reliably good, and as Jim points out, colour and contrast from the Pentax Espio 170SL lens are pretty good – especially for a zoom. Of course, such a small camera means a small lens, and a small lens with a big zoom isn’t going to be the fastest. The wide end is f/5.6, with the long end being f/12.8 – in fact, I would suspect the maximum aperture rises quite steeply at you zoom through the range making its zoom only really useful outdoors. I certainly had little luck using the zoom in even slightly subdued light before the camera wanted to use the flash. 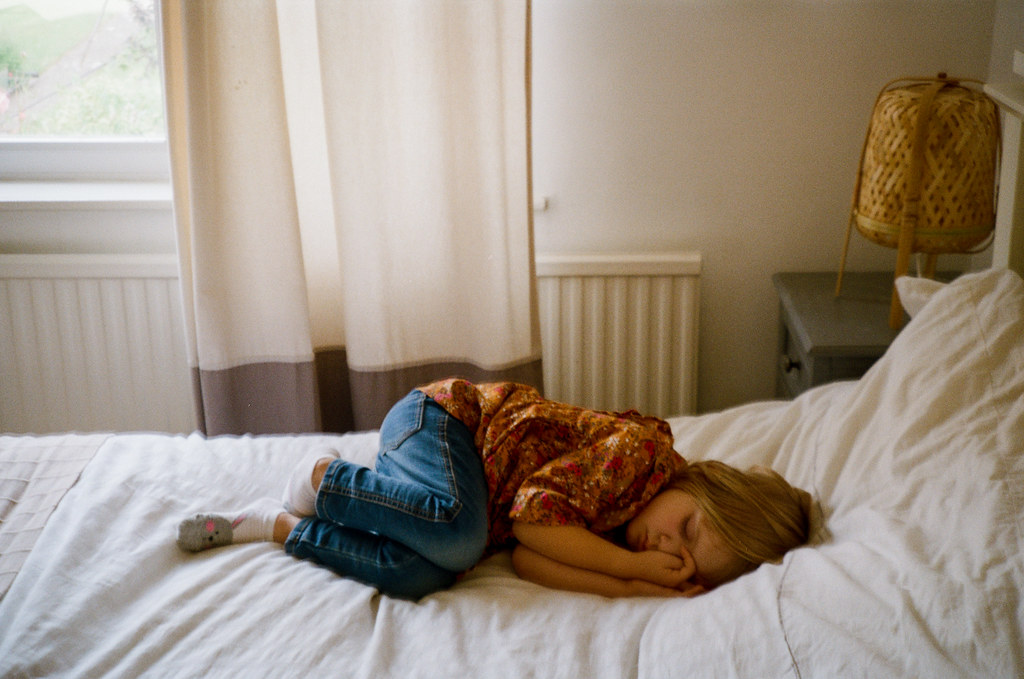 In short, but for the internal reflections mine suffers from, and the slowness of the lens, you can expect decent results from this little Pentax Espio 170SL. We’re into shoot mine again, I’d just not push the zoom to the limit of the range, and would definitely find myself very satisfied with the results. 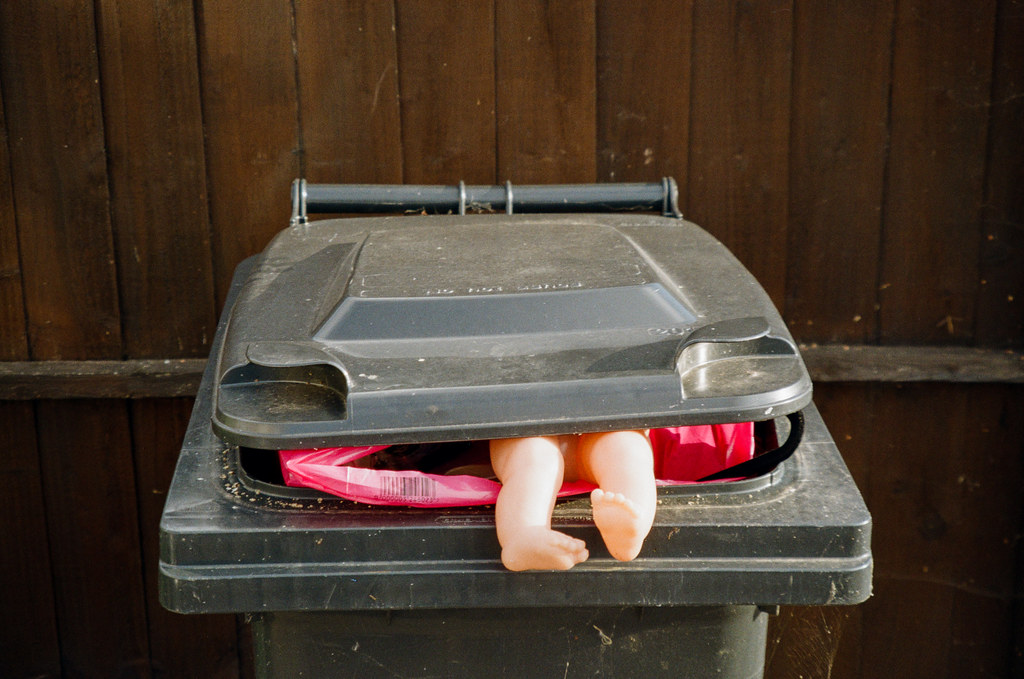 The other thing that appealed to me about the Pentax Espio 170SL was its feature set. I found myself a little annoyed at the Rollei Prego 125 I reviewed not long ago – perhaps a little irrationally now I look back (I felt a bit irrational at the time to be fair). One of the reasons it annoyed me was all the series of unnecessary features.

I do quite regularly get frustrated with superfluous features, be it on cameras, TVs, washing machines, etc. Stuff that’s included just to help sell a product irritates me. I don’t need “motion enhance” on my tele, 5 different modes for washing wool on my washing machine, or an interval timer on a point & shoot film camera. Which is why the Rollei annoyed me, and the Pentax Espio 170SL annoys me less. This camera’s headline specifications are its 170mm zoom range and small size. These are features that are of actual value to some people – though I would I admit question something of the sense in trying to squeeze such a long zoom into such a small camera… It does, of course, have a small series of buttons across the top of the camera. But the modes are much more limited to ones that the average user would actually use. The first button controls a fairly wide range of flash options. The one I gravitate to is always the flash-off mode, but it also has fill flash, red eye modes and even a blub flash mode for some fun long exposure/slow sync flash fun (like the sort I was having with the Moon flash on my Leica a few weeks ago). The next button allows you to select between AF modes. The Pentax Espio 170SL has a few focus points across the middle of the viewfinder. If you want it to only use the centre one, there’s a spot AF mode. There’s also an infinity focus mode for landscapes etc.

The final button (at least on my version) sets the self timer and remote control mode. Like Jim, mine didn’t come with a remote, I’m also not a particularly frequent user of self timers – though as a kid I remember plenty of family photos being taken using them, so in my head this still counts as useful. Jim’s camera has a forth button for setting the date/time for the data back. Mine doesn’t have a data back, so I don’t have the button.

The feature that Jim didn’t mention in his review, and something that’s common to all – or at least most – Pentax point and shoot cameras is the mode memory. Like most point and shoot cameras, when you power the Pentax Espio 170SL down, it forgets the settings you were shooting in. But, unlike most point & shoots from other brands, if it goes to sleep, it will remember them. So if you happen to be shooting in flash-off bulb mode in spot AF with a self timer with the zoom set to ~100mm for eg, if the camera powers down, when you power it back up again, all of those settings are retained. Personally, I’d prefer the settings to be retained when I power off, but this is a nice halfway that just means you can set the camera how you want it and carry it around for a shooting session without having to faff with the controls every time you turn it back on.

The final control switch on the Pentax Espio 170 is the diopter adjuster. Mine is jammed. I had the same issue with my Espio 80 back in the summer. It was a quick fix, and I’m sure it would be here if I could be bothered to attempt it. Finally, I just wanted to touch on the design and feel of the Pentax Espio 170SL – not least because it’s design was what caught my eye. It is, as I’ve said, a small camera – especially for its zoom range. There is a small hump on the front of the camera which houses the long zoom lens, but apart from that, it’s a very neat little camera. It’s all plastic, of course, but it doesn’t feel excessively tacky or flimsy. Above all else though, it’s a really good feeling camera in the hand. I find something very satisfying about cameras that are small, but also feel very nice to hold, and this one feels very nice indeed! Even the viewfinder is ok – it’s not great, it’s quite small, but I found it easy to find with my eye. 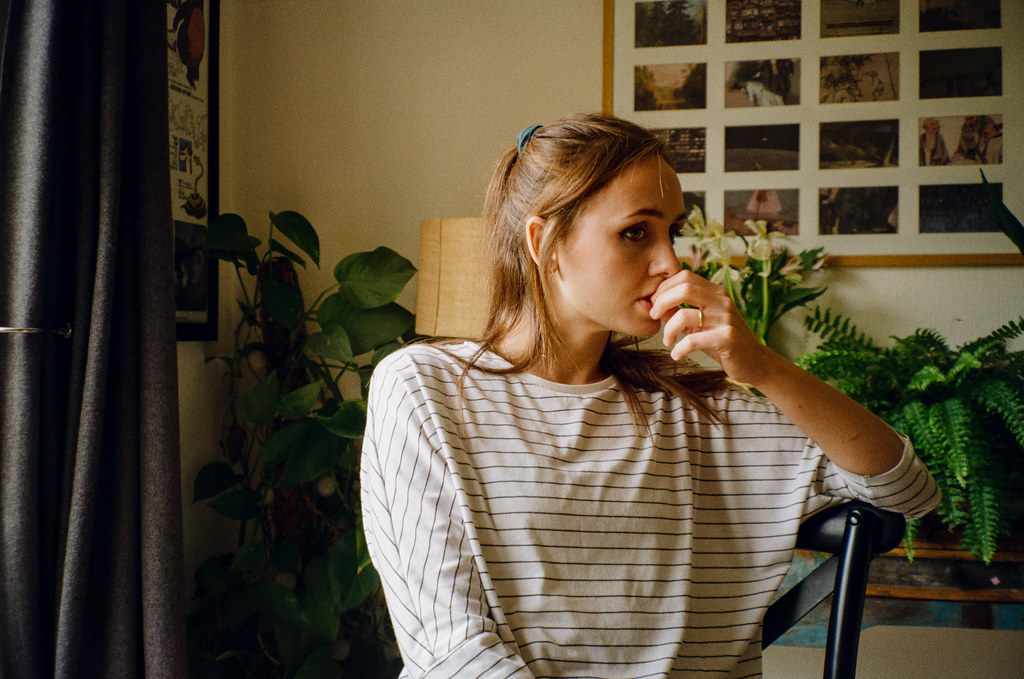 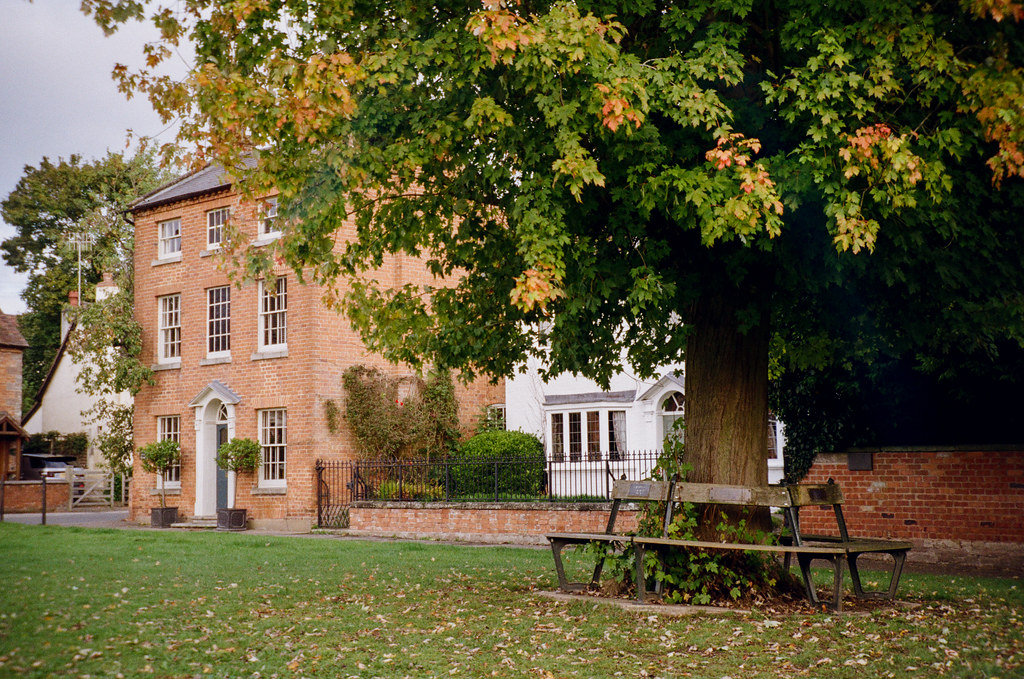 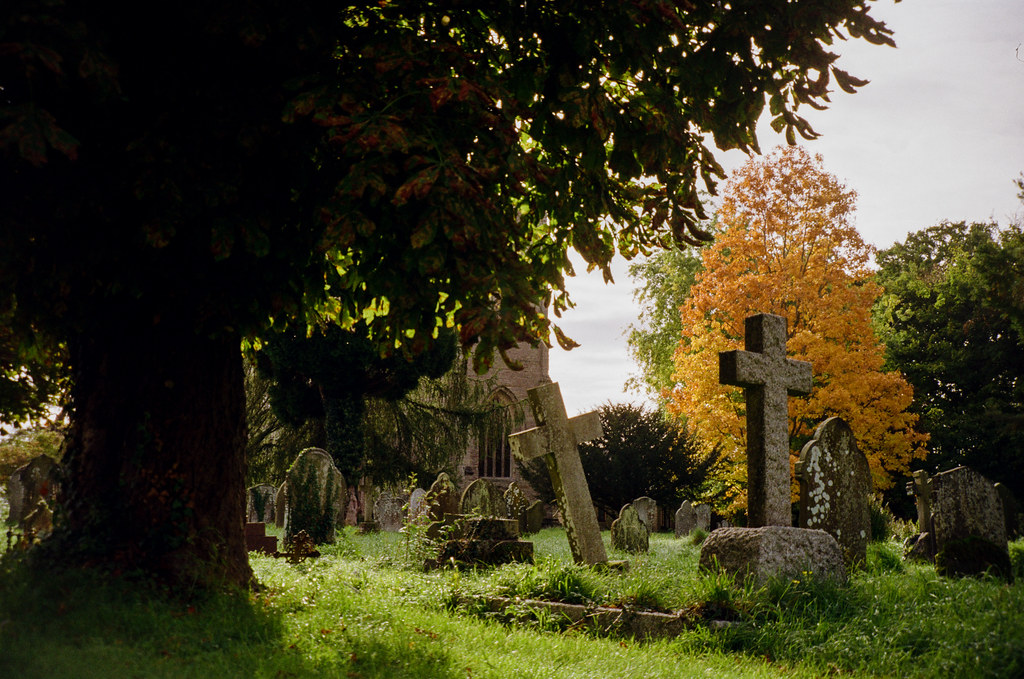 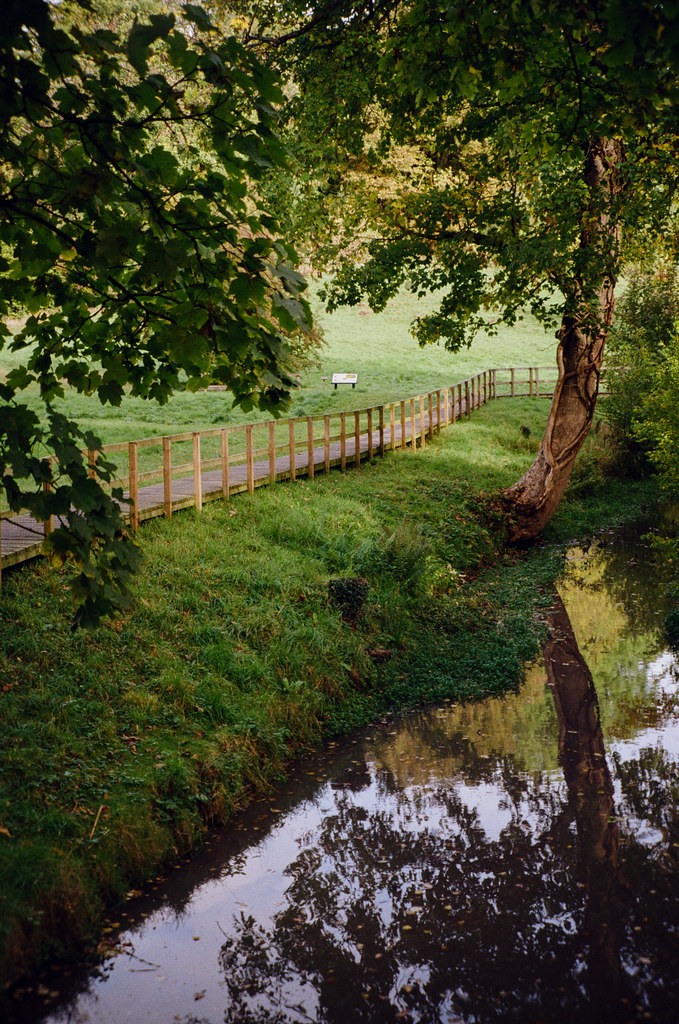 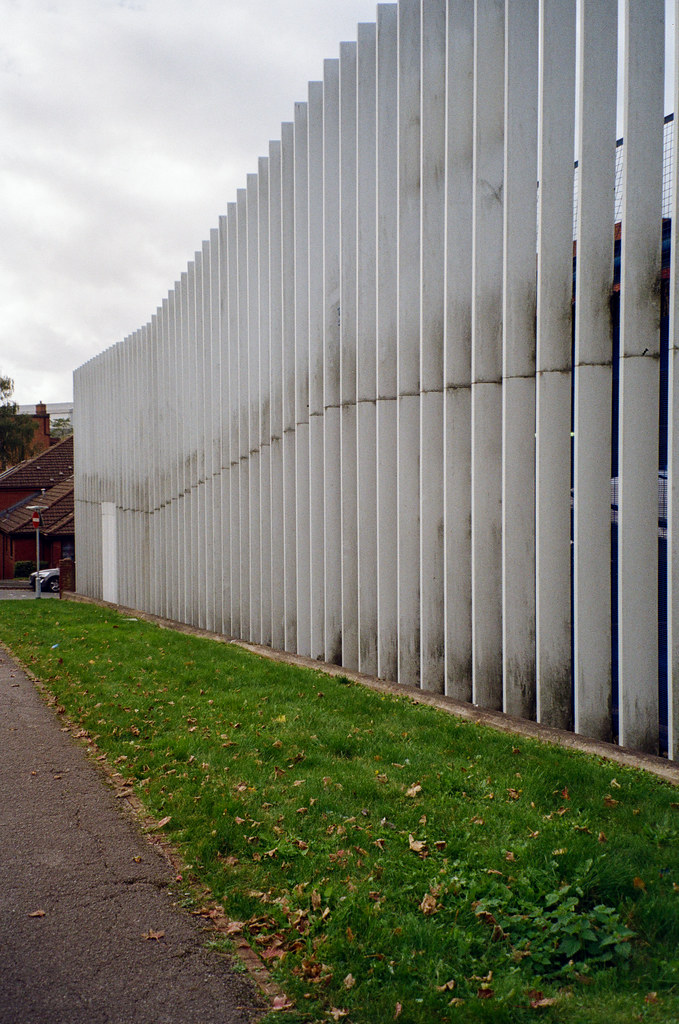 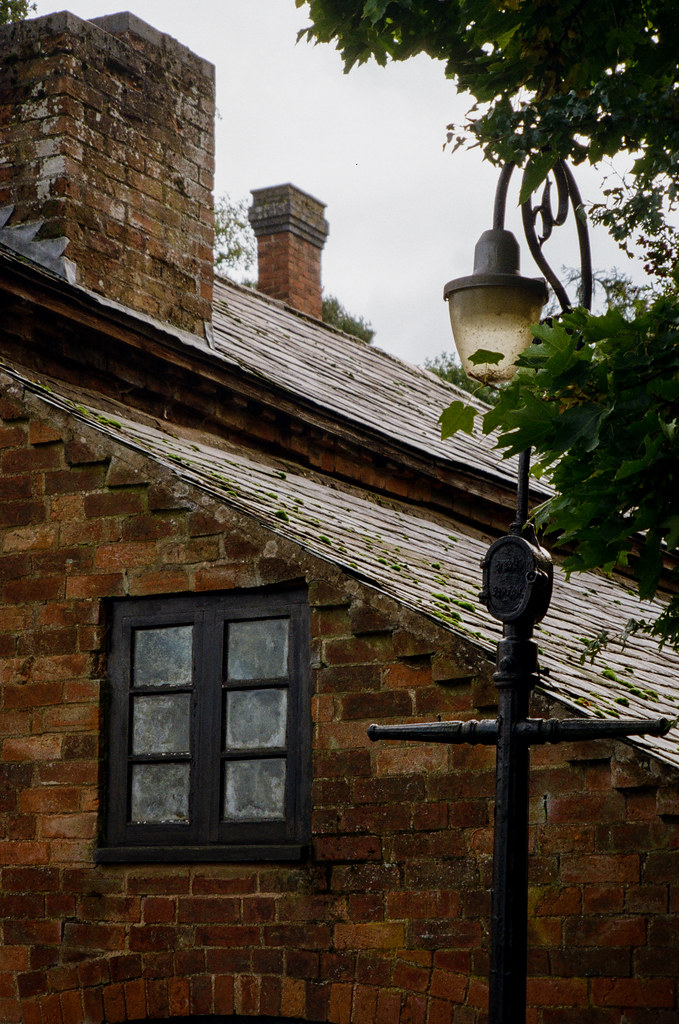 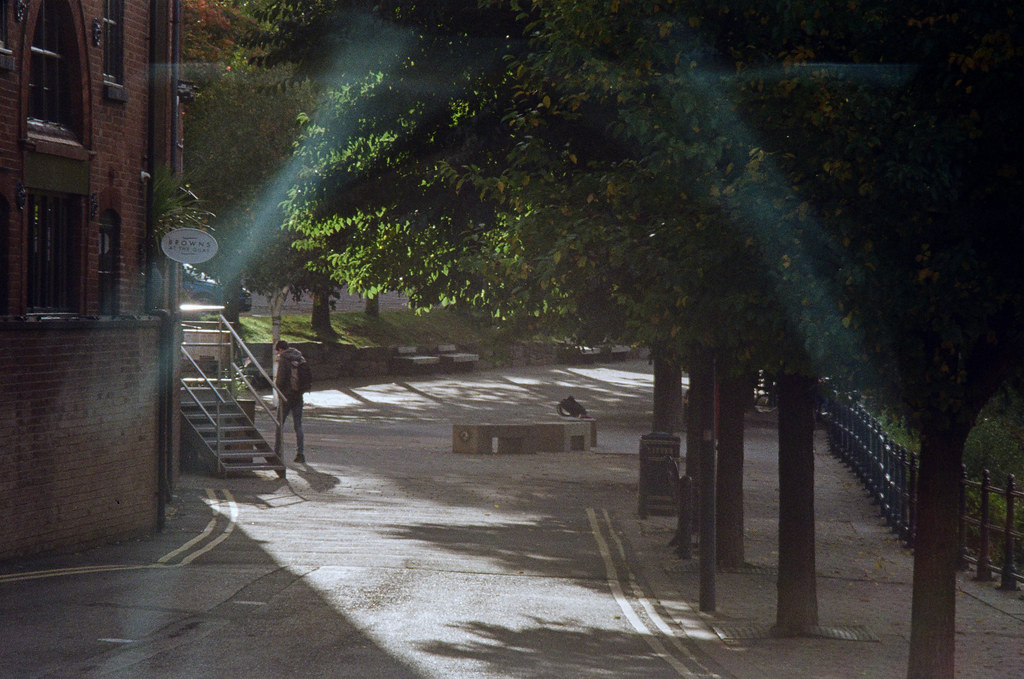 The Pentax Espio 170SL is a very neat little camera with a sensible feature set, in a small, well formed body. Unlike the Rollei I wrote about recently, I didn’t find anything to dislike – or at least nothing about it specifically annoyed me. The lens is quite slow, and perhaps for my tastes unnecessarily long, but if you’re looking for a long-zoomed very pocketable point and shoot that produces good quality images in decent light, I’d say you can’t go far wrong with the Pentax Espio 170SL. That said, it might just be worth testing it at the long end of the zoom to see if it flares like mine before doing anything special with it. In short, I agree with Jim. If they had just made this exact camera with a fixed 35mm f/2.8 or a shorter faster zoom…