Olympus mju-ii Review (pt2) – Great Camera, But Too Expensive For What It Is!

I originally published a review of the The Olympus mju-ii back in 2013. There’s been a few times since then that I’ve thought about updating that review with a few more recent thoughts. Instead, I’ve decided to keep the original intact, and post this follow-up to bring the original post up to date. If you’ve not already read the original, you can find it here

In 2019, the Olympus mju-ii – also know as the Olympus Stylus Epic – has gained quite a bit of a cult following. It was regaining popularity back in 2013 but since then it’s popularity has grown exponentially. I have, on more than a few occasions, been accused of fuelling the fire of that popularity by writing a review that – but for a highlighting a few shortcomings – asserted that this camera is perhaps the “ultimate point & shoot camera” and pretty much the default recommendation to anyone looking for such a thing. These few years on, I figured I should update those thoughts – especially as they are feeling a little bit passed their best-before date.

In my original review I highlighted a series of reasons I felt that it was the ultimate point & shoot. This included its size, the quality and speed of the lens, its level of reliability in terms of its automatic exposure and autofocus, how easy it is to use, its weather resistance and how easy they are to come by. None of these things have changed, which is largely why I still think the Olympus mju-ii is a good, if not great, camera. 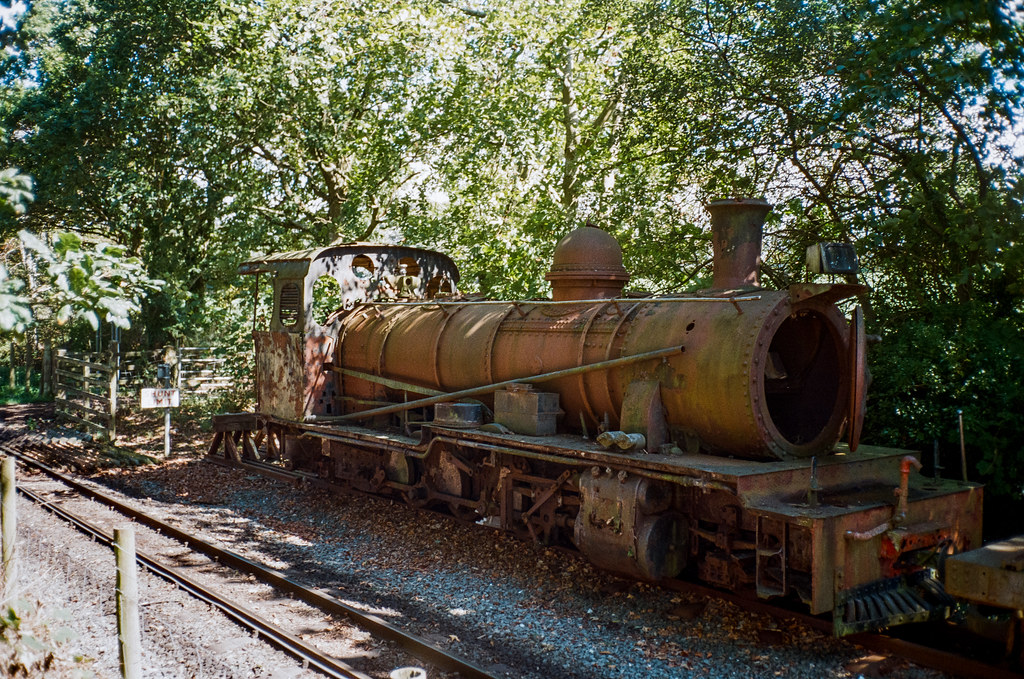 Unfortunately, I no longer think that it’s the “ultimate”, and nor do I see it as a default recommendation to those looking to buy a point & shoot camera. What’s sad, is that this is mostly down to the one factor I can no longer include in that list of pros.

The other factor in my original list of pros was the price of the Olympus mju-ii on the used market. When I first wrote my review, they could still be had for £30 quite readily, even on eBay. These days, you can quite often multiply that by 5 if you want to buy good one from the same place. Alone this bothers me, but in paying that heavily inflated price, you also have to accept they’ve aged a further 6 years. And – whilst there might quite literally be millions of these things out there still happily clicking away – an additional 6 years could be quite a lot in the lifespan of a product that’s entirely dependent on electronics.

Fortunately, as far as point & shoot cameras go, the Olympus mju-ii isn’t the least reliable point & shoot out there – there are much worse! That being said though, I do come across reports of irreparable-failure quite often, and have even experienced it myself a couple of times. In fact, the last one that crossed my path died within seconds of me putting a battery into it. I pressed the shutter button, the lens extended, and then stayed extended. The electronics had failed completely and the camera was therefore irreparably dead. Fortunately for me, it wasn’t mine – its owner wasn’t too pleased though. Not because he wanted to shoot it; he was hoping to sell it and wanted me to give it the once-over first. Luckily for him, he bought it a few years ago, so he didn’t lose as much as someone would have if they bought one and this happened today.

The unfortunate reality is, for £30 it was a bit of a bargain. Even for £75 it was still a pretty good camera, but for £150+ it just feels a little average to me. Having recently surveyed a bunch of other grumpy arseholes on a Facebook group I’m a member of, I know I’m not the only one who feels this way too. The problem is, whilst it does have the merits I outlined at the beginning of the post, it’s not without a few quite specific shortcomings.

As I outlined in my original review, the most common complaints with the Olympus mju-ii are the tiny viewfinder, the slightly awkward handling, and the fact that flash settings are forgotten when the camera is switched off. Something I didn’t really touch on in my earlier review was the eagerness of the flash when it’s switched on.

This was first pointed out to me by Graeme on the Sunny-16 podcast a few years ago. But more recently, when asking the question about what people don’t like about this camera on the aforementioned Facebook group, I had more people highlight it again.

The issue is, for those who don’t like to shoot with a flash, not only does the Olympus mju-ii require the flash to be turned off every time the camera is powered up, but when it’s on auto-mode it tends to fire more readily than you might expect. This was never a problem for me, as I habitually turned the flash off whenever I used it. But for those who don’t, or those who forget, they find the flash to cause them an issue by firing quite unexpectedly. 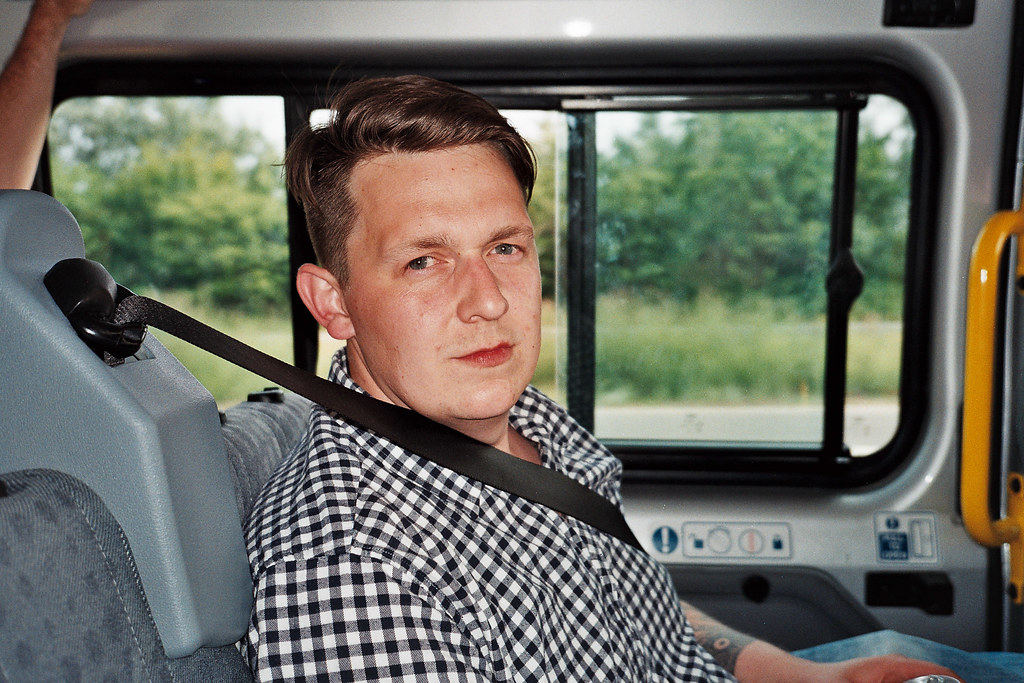 As far as flashes go, it does a pretty good job – even if it is a bit eager

This is further compounded by the fact that the Olympus mju-ii doesn’t really allow you to keep it switched on. With some cameras that require the flash mode to be set each time it’s switched on, it’s possible to leave them powered up in your pocket to increase shot-readiness. With this camera, not only does the clamshell easily get knocked shut, thus switching off the camera and resetting the modes, but – as I discovered when I tried to hack the camera – if you leave it switched on for long enough it hangs and needs the battery taking out to reset it.

The result of all of this, is that you have to be on the ball if you don’t want the flash to fire. Now, as I said, I didn’t ever really notice this issue when I first reviewed it, and even now still have the habit of cycling the flash modes when I first turn it on. But for some, it’s an issue that firmly adds to the categorisation of this camera as fairly “average”.

Unfortunately, whilst this covers off most of the points highlighted to me when I recently asked for peoples views on Facebook, I also have my own issue to add to the list of shortcomings. That being copy variance in the lens. Funnily enough, this perspective, at least in part, also comes from other conversations I’ve seen and commented on in online forum threads and social media.

Since the mju-ii gets talked about so much, I’ve seen a lot of comments online about the quality of the lens. These range from highly positive comments claiming that it’s one of the best lenses ever to be put into a point & shoot, to others claiming that it’s inferior to some much more affordable offerings out there.

When I first reviewed it, I was of the opinion that it’s a great lens, and for a while found myself a little confused about the negativity. I’ve subsequently shot and seen shots from different copies and spotted differences in the quality of the results. My current copy, for example, seems to have much softer corners. 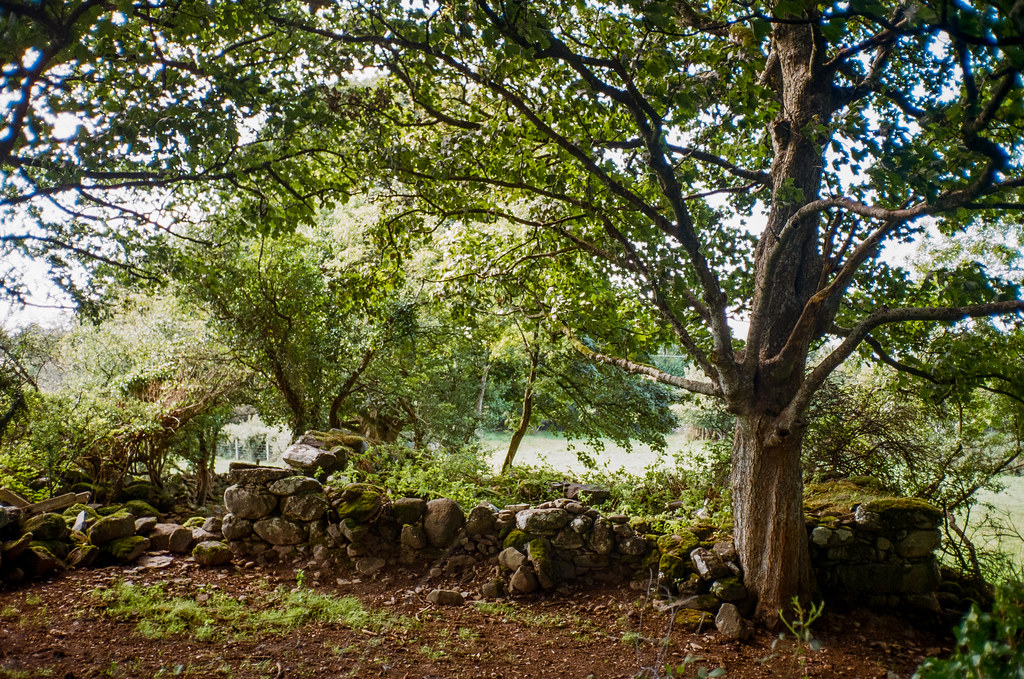 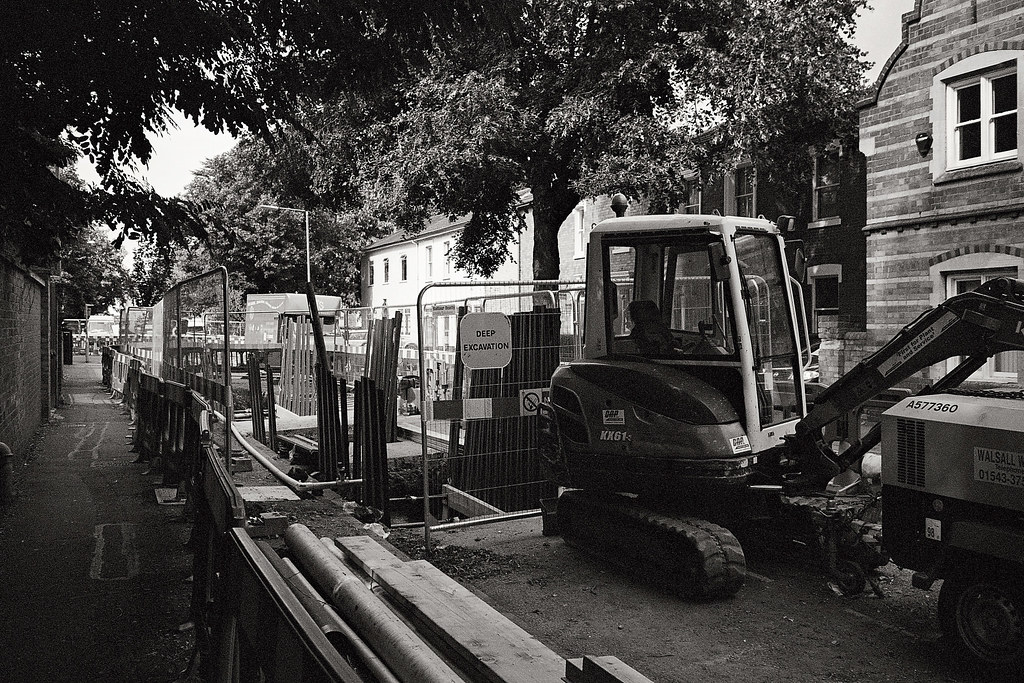 My older copy (that died on my years ago) – notice the bricks in the top corner. Given the scene – one would assume a similar chosen aperture

Of course, copy variance is nothing new, or particularly unusual, but with often strong variance in opinion when it comes to the optical quality, I do wonder just how much variance there is.

Skip To The End

As I’ve said, when I first reviewed the Olympus mju-ii, I didn’t fall foul of the eager flash, nor was I aware of the copy variance. But, even if I had been, looking back at a time when these cameras could be had for £30, I still don’t think I would have quibbled too much. All cameras have compromises and shortcomings that the photographer has to work with, and in the case of this camera the pros it brought to the table used to outweigh the cons.

Unfortunately, now the price has risen to what it has, the weight of the cons bears down much heavier on the pros. For £150 the Olympus mju-ii just feels a lot more average than it used to – especially as it’s getting older and more likely to brick.

The really frustrating thing is, there really isn’t any other camera that offers the same package of features, so it’s not like I could recommend a specific alternative, even if I wanted to. But because this is exact set of features isn’t worth the cash it’s on offer for – as I’ve said – I just can’t find it in myself recommend the Olympus mju-ii anymore.

These days, the more wise option when looking for a point & shoot film camera is to spend a lot less cash on something that doesn’t have a cult following. There are stacks of point & shoot film cameras that can be had for less than £30 – and whilst they might not offer exactly what this camera offers in terms of features, at the price point, their respective pros will likely outweigh the Olympus mju-ii when taking into account its current price point.

In short, don’t get suckered in by the hype – good camera, but its really not worth the money they now sell for! 5 frames with a Canon Prima AS-1 - By Linda Terstad