Speed. For many, this quality has been edging down the list of priorities when it comes to purchasing a lens, especially in an era where sensors have got so good that them producing a useable file at ISO 12800 is hardly a talking point. Sadly, as a film shooter who is stubborn about shooting at night like some kind of owl, I need all the help I can get! And so, when I set off on my search for a versatile, one-lens-does-it-all 28mm, I ended up with 4 options: the obscenely expensive 28mm f/1.4 Summilux, the ever so slightly cheaper 28mm f/2.0 Summicron, and the two Voigtlander Ultrons. Now, the first two were far more than I would consider spending on a lens that would be beat up in due time (note: I’m no coddler of gear), so it was down to see what the Ultrons could deliver.

After a run through reviews and forum threads, I concluded that I didn’t want to deal with the bulk of the older LTM version of the Ultron, however negligible it might have been in actual use, and picked up a copy of the newer, smaller, and more importantly focus-tab-equipped M-mount Voigtlander 28mm f/2 Ultron… And so, let’s get into my thoughts on this really rather great value for money chunk of glass. Perhaps I should start keeping my mouth shut about these hidden gems, ha!

As with most M-mount Voigtlander lenses I have had the chance to get my grubby fingers all over, the 28mm f/2 Ultron is a dense little thing, made almost entirely out of metal – I’ve not actually managed to rub off any of the black finish to see exactly what metal it is, props to them for having hardy paint! The lens is as long as it is wide, about 5cm either way, although it does get slightly longer when the lens hood is attached.

Now, there are very few reasons for anyone to shoot the lens without the lens hood, as it is designed to seamlessly blend into the rest of the lens while providing much needed protection for the protruding front lens element. Granted, constant swapping of filters would be rather impeded by the hood, but I don’t think I will ever need to resort to that for my uses. As much as I trust modern lens coatings to be resistant to some extent, the hood removes most of my worries when it comes to the glass coming into contact with anything else. A minor gripe I do have with the 28mm f/2 Ultron handling is the shallowness of the lens tab. In a hurry, it’s easy to miss the centre of the tab, or slipping off the tab when trying to acquire snap focus. This makes me wish they had opted for a tab similar to the deep lens tabs of the early Leica 35mm Summicrons. Come to think of it, they already do have such tabs on their older 50mm f/2.5 Color Skopar, so I’m putting the blame squarely on Cosina for dropping the ball on this one…

The placement of the aperture ring is also a cause for some concern, though at this point I might be accused of splitting hairs. If one adopts the prescribed method of using a lens tab, the second joint of the index finger will most definitely touch the ribbed aperture ring, and effectively turns the lens into a saw when focusing. And my fingers aren’t even that long. Phooey.

Minor annoyances aside, the rest of the 28mm f/2 Ultron enjoys great build quality, a well damped focus ring that is rather useful for shooting wide open, and an aperture ring that has nice, tactile clicks per half stop all the way down to f/22.

Viewfinder blockage is also minimal on a 0.72 magnification viewfinder, taking up just the very corner without the lens hood attached, and not much more with it on. Certainly an upgrade from the bulk of the older f/1.9 version! 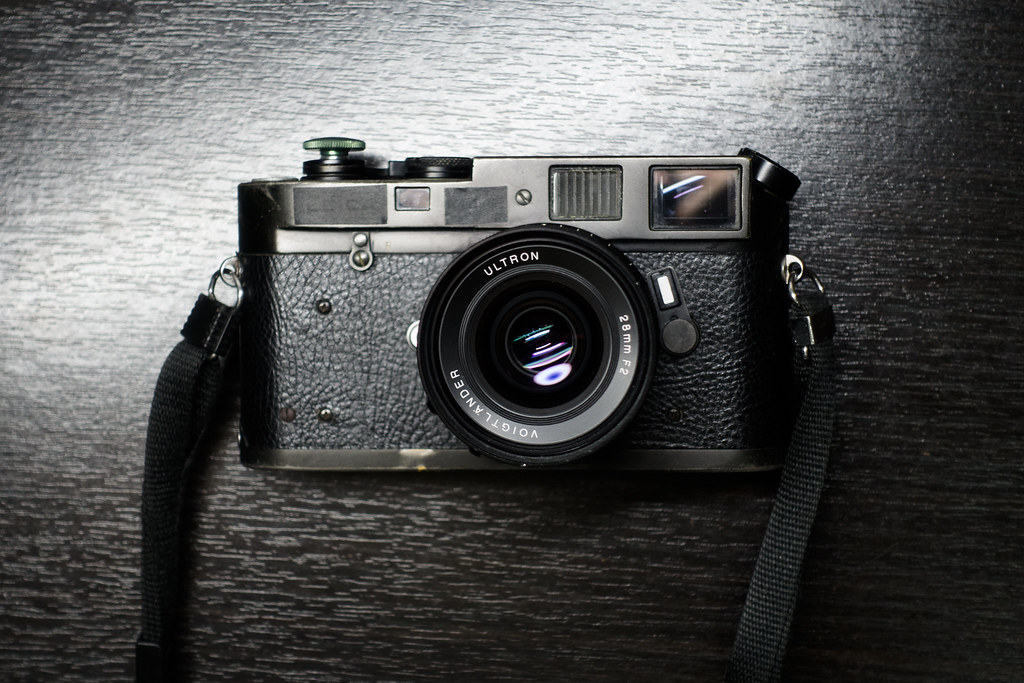 Design wise, you definitely get your money’s worth in glass with the 28mm f/2 Ultron: 10 elements in 8 groups. With the lens not being a retrofocus design, the distortion is kept to a bare minimum – I certainly haven’t noticed it in any of my shots so far. The modern multicoating helps keep flaring at bay, allowing me to shoot wide open (stupidly) into bright point sources of light, of which there are plentiful in night and bazaar scenes. I have encountered some blobs of flaring, though they have all been the result of shooting straight against the brightest light source of them all: the sun. Hard for me to blame the lens, then!

Being a 28mm, any bokeh is bound to be negligible at best, unless you are shooting close-ups, at which it is non-offensive, albeit a bit boring. With 10 straight blades forming the aperture, stopping the lens down will turn bokeh balls into decagons. The 10 blades do also produce pretty spectacular 10-pointed sunstars, though on HP5, I’ve only rarely recreated this effect. 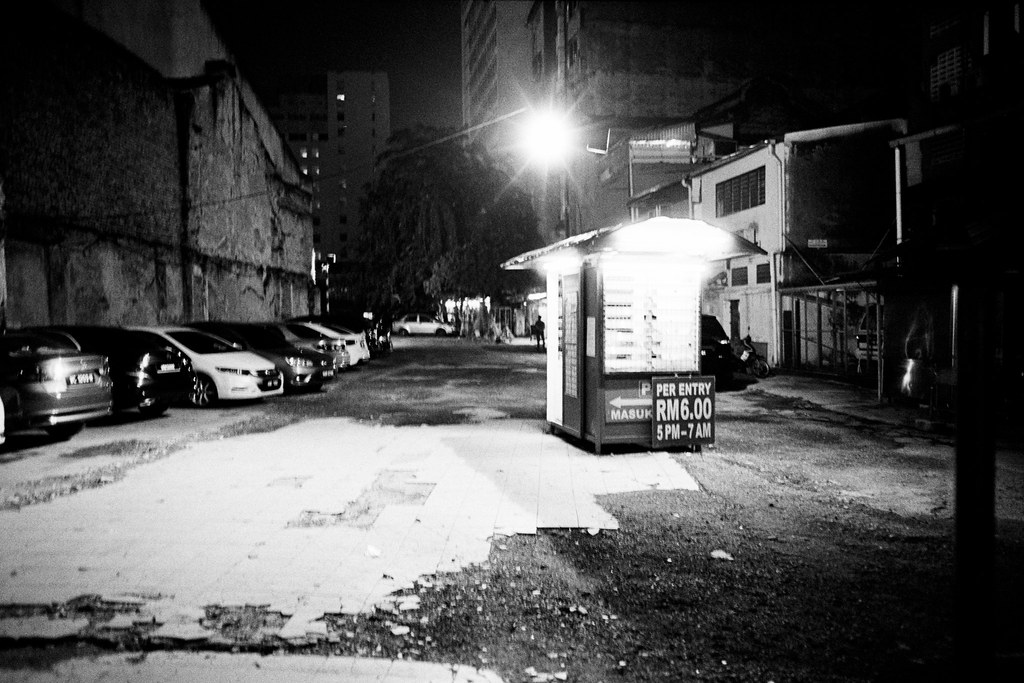 Sharpness is perfectly satisfactory from the 28mm f/2 Ultron even wide open, though of course, if one wishes to pixel peep on a M10 or one of the A7-series cameras (I have read that it is one of the few M-mount lenses that works well on a Sony), the Summicron will outclass the Voigtlander. On the other hand, stopped down to f/5.6 and beyond, I am of the opinion that the playing field is levelled, and I’m just not willing to fork out six times the price I paid for the Ultron for an incremental improvement.

Note: Some of these images might seem a little out of focus. I was using a mix of zone focusing and guesstimation. 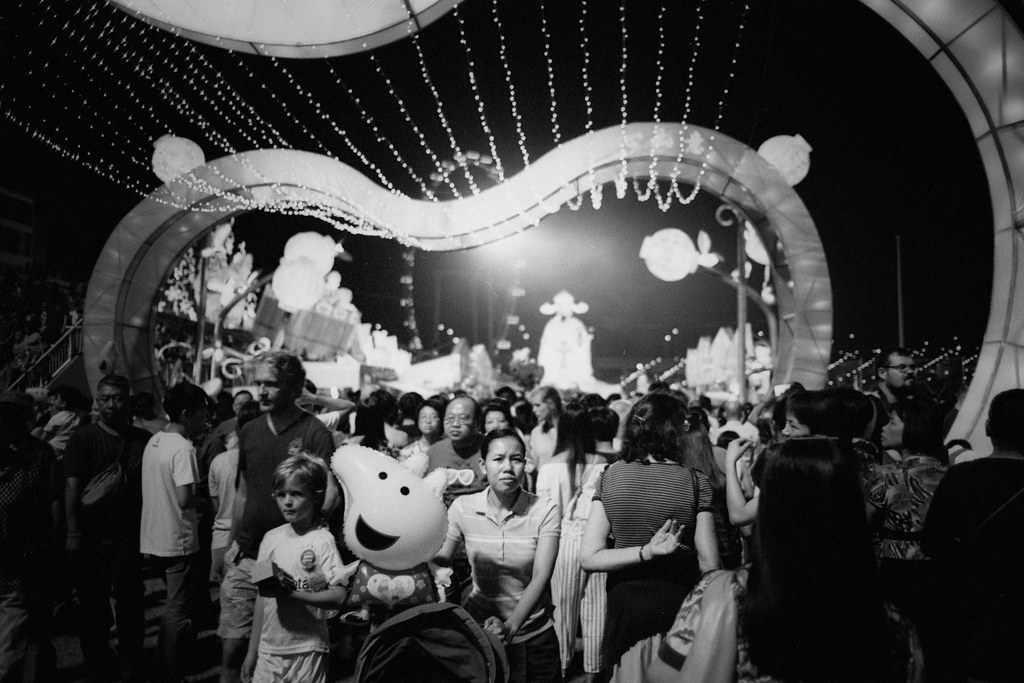 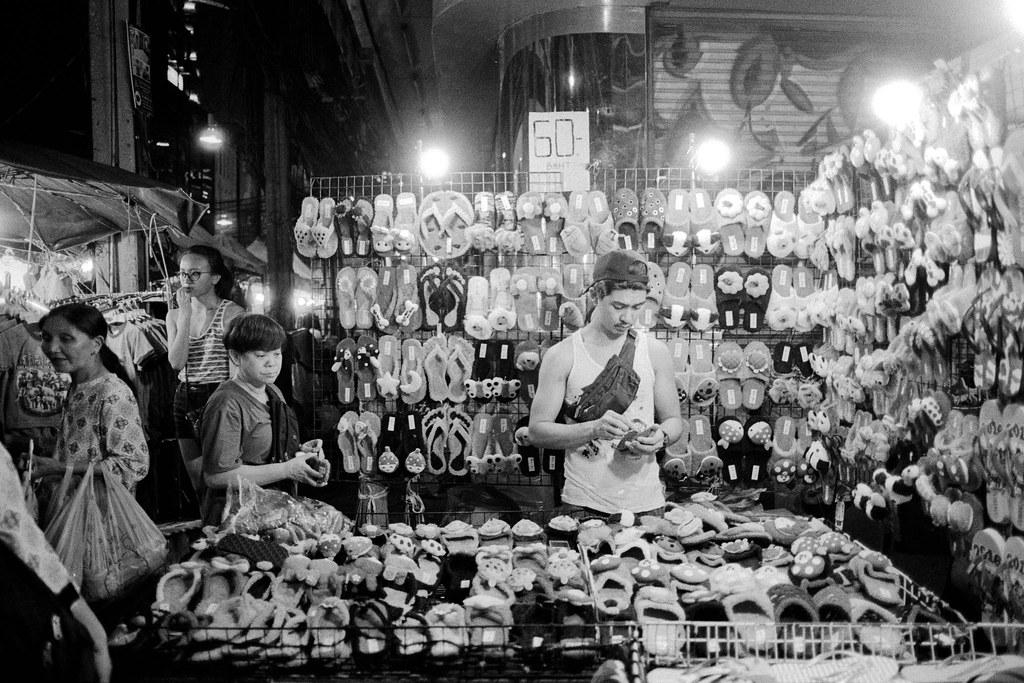 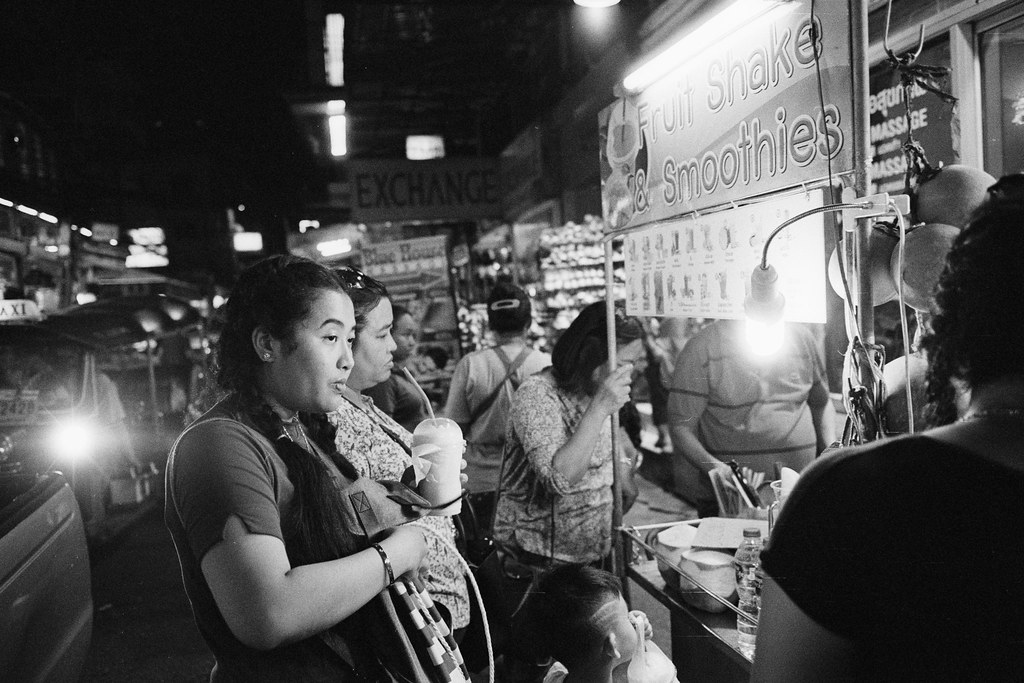 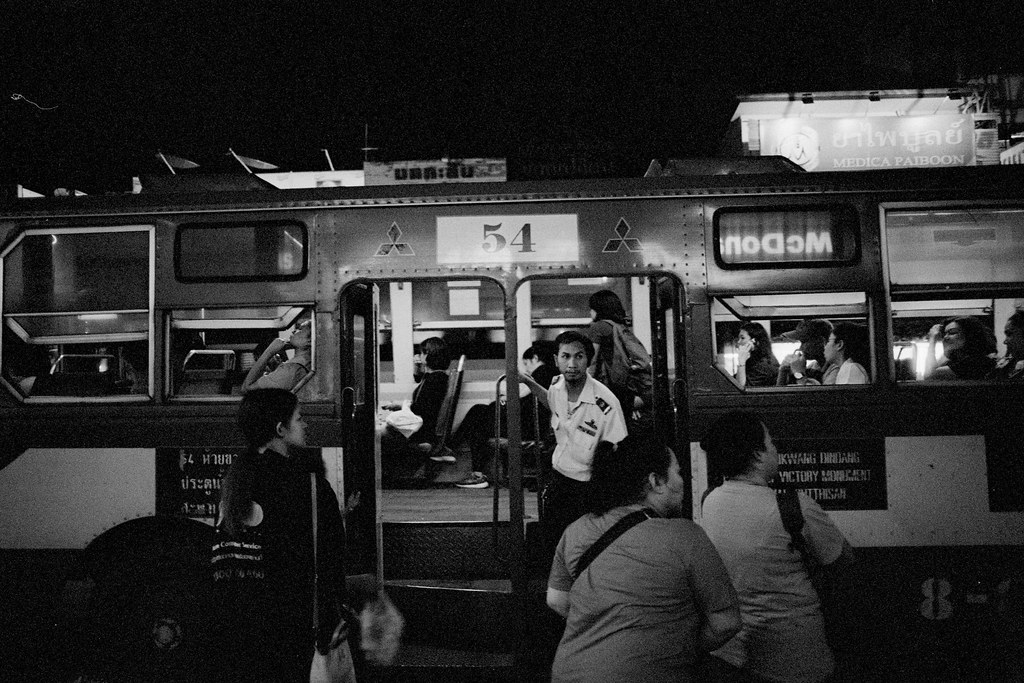 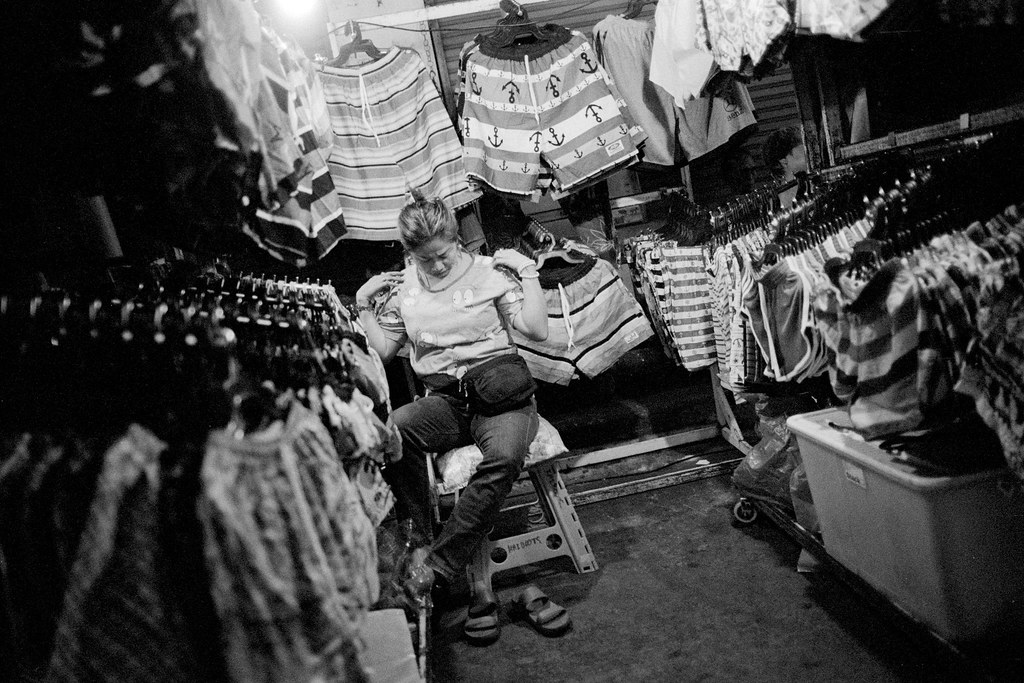 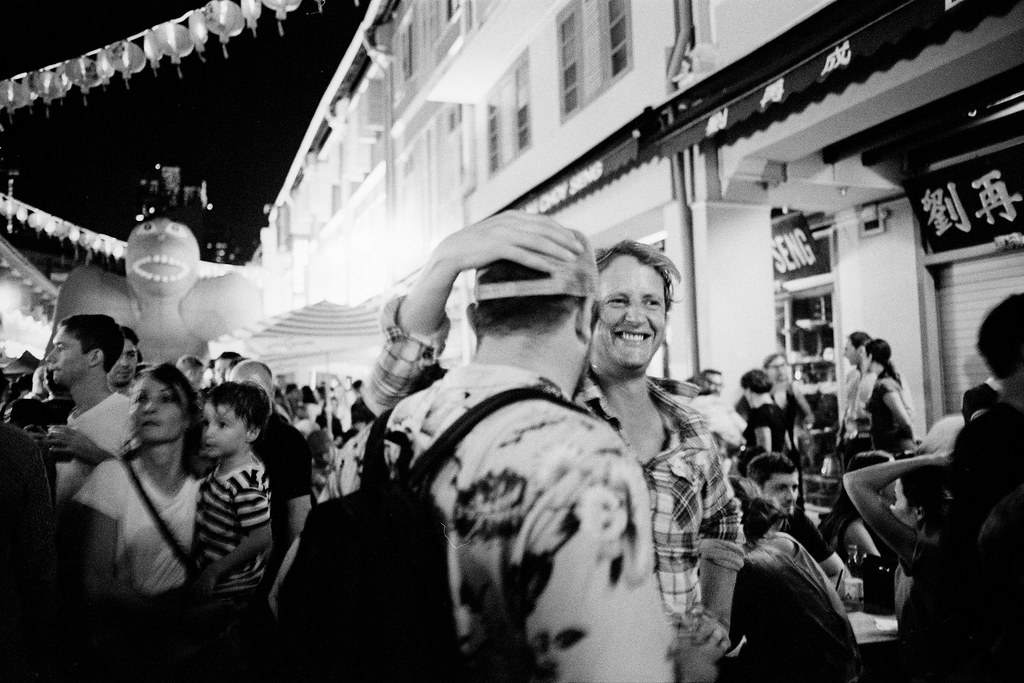 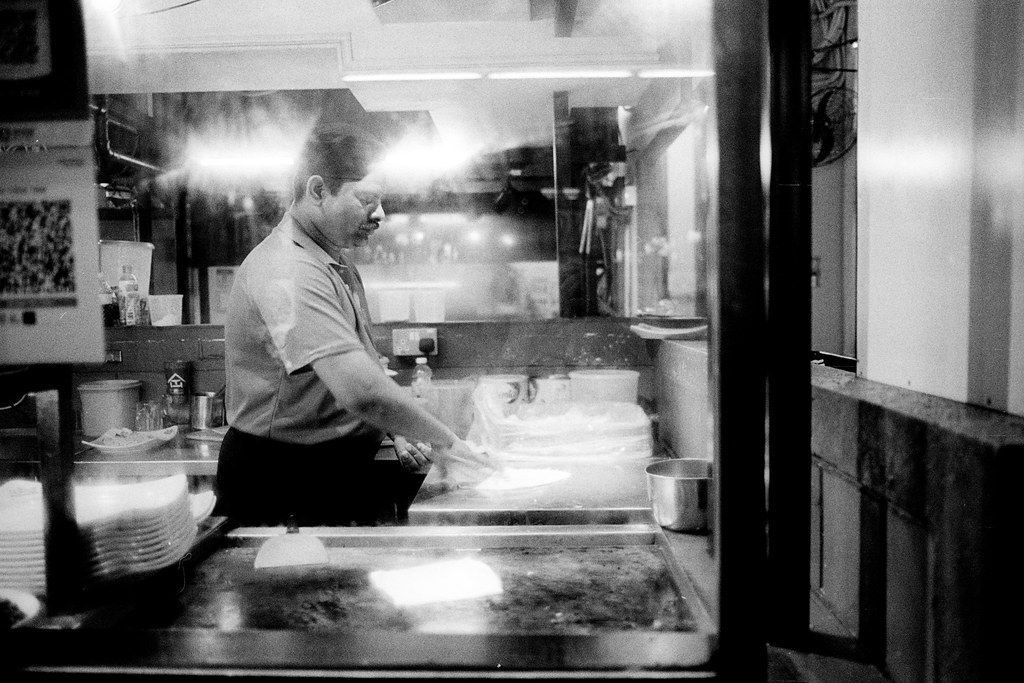 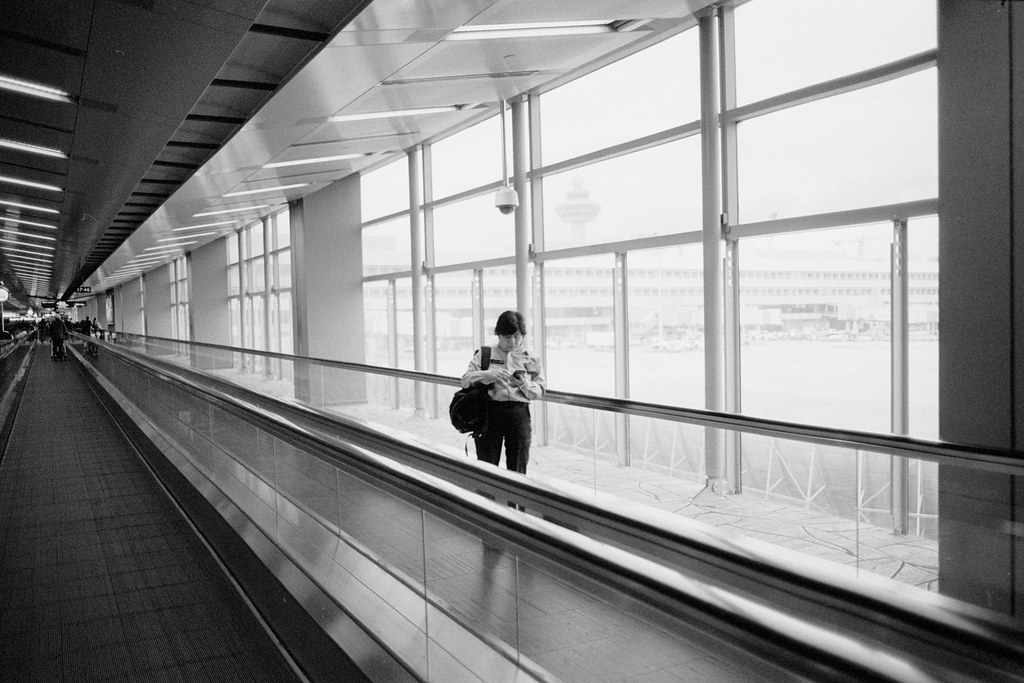 I adore the 28mm f/2 Ultron. I really do. I find it to be a superb performer for a fast 28 – satisfyingly sharp wide open, predictable when it comes to difficult lighting situations, and a decently small size too boot – and that isn’t even factoring in the price tag!

Unfortunately, it does seem a little overlooked by many, not small enough to compete with the absolutely tiny 28 Elmarit Asph or Voigtlander 28 f/3.5, fast enough to take the throne from Leica’s absolutely majestic Summilux, or even sharp enough to best the 28 Biogon from Zeiss’ stables. Yet, as it stands in the middle of no-mans-land, the 28mm f/2 Ultron provides the best compromises between all the qualities that I value in a lens. A lens that I believe in time to come, it could be a classic in its own right.

Mr Kobayashi, good on you for this piece of kit. Now, when will Voigtlander get around to work on something that will rival the Summilux?

Catch me around at: https://www.instagram.com/hernium_hern/