“Why did I let her go?”, a voice whispered in my mind when I received my film scans on an unusually quiet Friday night. I watched as the images slowly populated my screen, producing a wicked cocktail of emotions that felt all too familiar, with my only source of comfort being Wesley Shultz’s raw, bare voice. As I lingered on every single image, pausing to examine each contour and imperfection, my heart sank. I started texting not one, but three people to lament my loss. Their empathy was of no consolation. Clichéd words of support like “She’ll come back to you” and “There are plenty fish in the sea” of scarce, and ultimately empty, comfort.

OK, to cut the drama, I am indeed talking about an “ex-camera”.

This camera is none other than the much-hyped Olympus Mju ii, also known as the Olympus Stylus Epic. A few years ago, when I was living in the “Land of the Long White Cloud” (that’s New Zealand, for those of you who live outside the “Land of the Long White Cloud”), an opportunity to purchase a pristine copy of the said camera came knocking. Shortly after acquiring the Olympus, the seller informed me that he also owned the Yashica T4 and out of goodwill, was willing to let it go for the exact same price. This was a camera that I had heard and read a lot about, more so than its Olympus rival. The foolish thing to do was to say no, thankfully I ain’t no fool! But I was naive to think that I could own both cameras and use them equally. After spending some time with the Yashica on a trip, I knew my choice was made and she became the favourite. The Olympus on the other hand got loaned to a friend for the next few months and was hardly used for the remainder of the time that I owned her.

Fast forward to 2018, with a wedding on the horizon, I needed to free up some funds. I looked at my camera collection and it made sense to let the Olympus go, though, it wasn’t an easy decision and I was in a constant dilemma over it. I did eventually sell it but not before taking it for one last ride, with a “swansong” roll of Kodak T-MAX 400. It was an unconventional choice as I have always shot colour film. But I had challenged myself to explore shooting more in black & white this year, so the Kodak T-MAX it was.

I used to like black & white images and the feelings that it invoked. Those images were actually what made me fall in love with photography but I was quick to abandon them for colour photography. Over the years, I’ve developed a preference for a certain colour palette and will at times, skip shooting a scene altogether due to its unsuitable colours. When I was in New Zealand, I found the grey tones of the cloud unpleasant and would only look out for clear skies when shooting landscapes. But shooting in monochrome meant that I wouldn’t need to worry too much about these things and it provided me with an alternative, stripped down perspective.

Shooting with the Olympus again was an amazing experience of resurgent and rekindled familiarity. The more I shot with it, the more I didn’t want to part with the camera! But perhaps it was for the better. Sometimes you need to part with something good to experience something better.

Coming back to the camera itself, there’s not a whole lot to say about point and shoot cameras. However, I do feel obliged to give a review of some sort, so here’s my take on it:
The size: will fit in your pants.
The casing: non-biodegradable plastic.
The auto-focus: like a condom, with a success rating in between 9 and 10.
The lens: fast enough, sharp enough and wide enough.
The batteries: don’t expect to find them at 7-Eleven.
The shutter noise: not loud enough to wake a sleeping baby.
The flash: definitely bright enough to wake a sleeping baby and triggers faster than Leeroy Jenkins.
Oh, and it’s weatherproof.

If you have yet to use a point and shoot camera, I would encourage you to do so. I enjoyed having a no-fuss camera which gave me the freedom to shoot anything with minimal consideration and expectations. Pairing that experience with black & white photography has challenged me to expand and diversify my art.

Here are some of my favourite shots from that “swansong” roll: You can read another review of the Olympus mju-ii here, and a follow up on it’s value in 2019 here 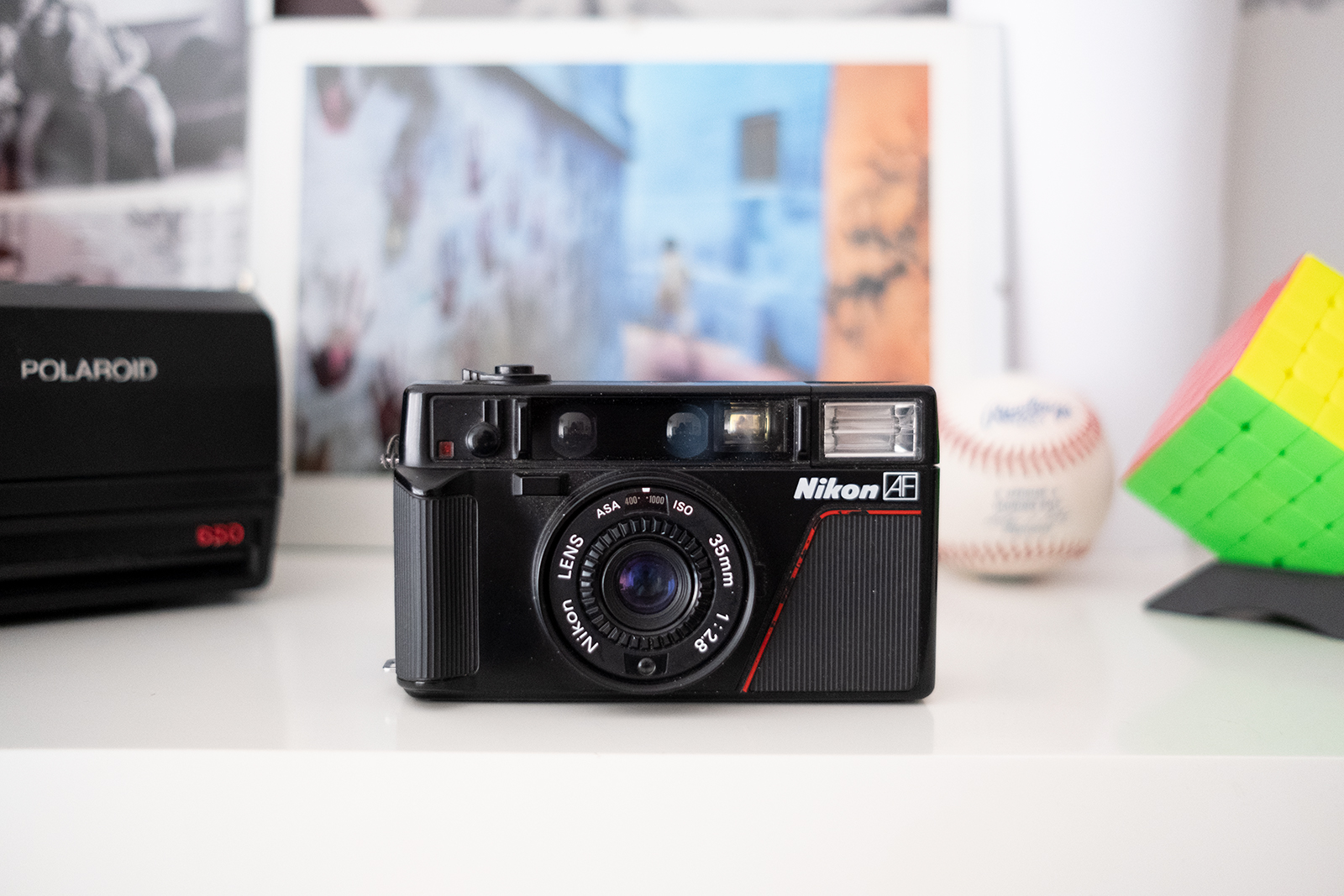 My Dark Side: Night Photography with CineStill 800T Film - By Christian Schroeder