5 Frames with a Nikon N90s and Cinestill BWXX – By Floyd K. Takeuchi

When the novel Coronavirus pandemic began to spread like wildfire, state and municipal authorities in Hawaii were quick to act. A broad-based lockdown was ordered, and while it knocked out Hawaii’s tourism-reliant economy in about three weeks – unemployment skyrocketed from under 2 percent to nearly 40 percent in a month – deaths and COVID-19 cases were kept under control.

For photographers, shelter-in-place posed challenges when you live in one of the most beautiful places on Earth. Particularly when you want to be supportive of public health, and when police were ticketing anyone not deemed an essential worker who was found roaming parks and beaches.

So when, after six weeks, limited access to parks and beaches was finally allowed, I loaded a roll of Cinestill BWXX into a Nikon N90s, mounted my trusty Nikkor 50mm F1.4D, and headed to an urban gem in Honolulu, Foster Botanical Garden. Ansel Adams photographed at the gardens in the 1950s when one of our banks commissioned him to make photographs of Hawaii.

For my first photo shoot since the lockdown, I had thought about using a recently acquired Graflex Crown Graphic 4×5, but decided I just wanted to make photos, not fuss with dark slides, film holders and using loupes on a ground glass.

I’m a long-time Nikon shooter, having started with a Nikkormat and Nikkor 50mm F2 in the early 1970s (my first serious SLR was a Topcon Unirex, but that’s another story). In more recent years, I’ve gone from using an F100 to a D700 then back to a F100 when I had to move to a lighter kit for paid work because of health reasons.

While I consider the F100 a near perfect camera – film or digital – the N90s is a solid second body in my camera bag. Unlike the more light-weight and modern Nikon N80 (which I also used to own), the N90s like the F100 feels ready for an all day workout.  The viewfinder is pro-spec like the F100, D700, etc. (One of the few niggles I have with the F100 and N90s is the need to purchase the right diopter for your vision, a pain for photographers who wear glasses (like me). For my outing to Foster Botanical Gardens, I attached a Cokin A series filter mount with a yellow filter.

While I appreciate legacy, lore and Leica as much as the next photographer, I’d rather use a camera that doesn’t require me to be constantly fiddling with it. I want to concentrate on composition and the ability to shoot quickly if need be. That means Autofocus and Auto Exposure, which I consider a photographer’s best friends. Simply put, I don’t want a camera to demand too much attention and get in the way of shooting. The N90s (and F100) do that well for me.

I’m less familiar with Cinestill BWXX, a movie stock that’s been repurposed for stills photography. I’d only shot two rolls of the film before this, and those rolls were sent to my go-to pro processing house, Richard Photo Lab in California. For this roll, and the two I have left from my original order, I am using Cinestill’s relatively recent black and white developer, Cinestill DF96 monobath.

I like DF96 a lot. I was never very comfortable in a darkroom, and the last time I souped black and white film before taking it up again earlier this year was the Fall of 1971 when I was in college. Muscle memory wasn’t an issue; I didn’t have any for processing film.

Most of the scenes I photographed on this first get-out-of-the-condo outing were high contrast. The light was hard, mid-afternoon semi-tropical sunshine. I used the N90s’ matrix metering mode, and shot at the emulsion’s recommended box speed of ISO 250 for daylight. 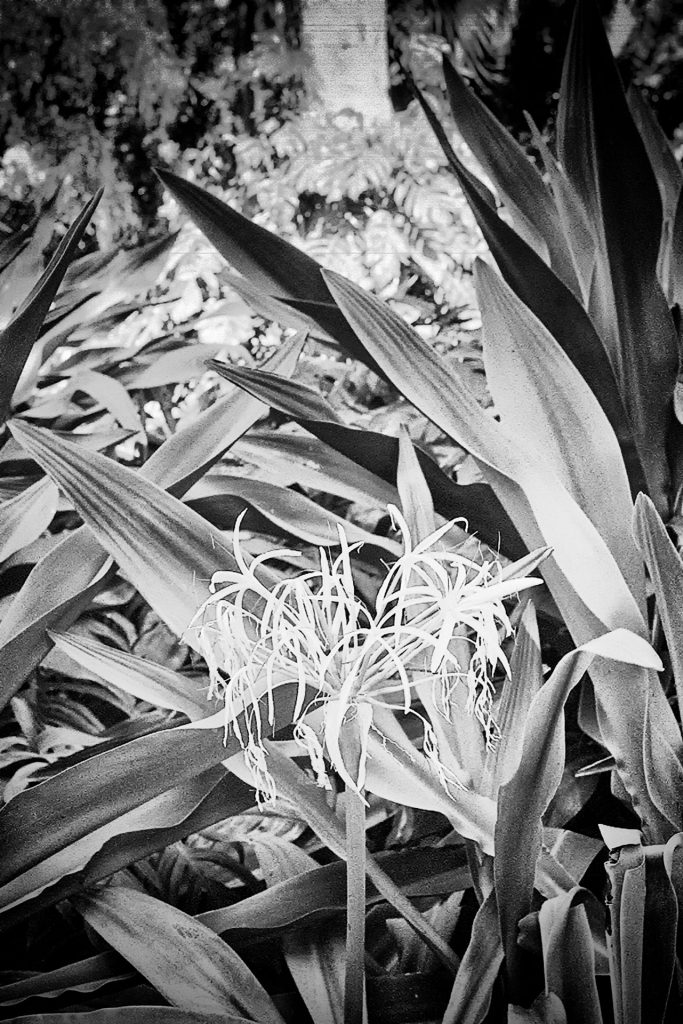 Of particular interest is the photo of the statue of the Buddha. The sun was right behind the statue’s head, I focused on the closest eye, and didn’t expect to have any details in the face. I was pleasantly surprised by what I did capture. Regarding the film, I’m inclined to stick with Kodak Tri-X, but I also think there’s more work to do with Cinestill BWXX for portraits. As for a camera kit, I know I’ll be using the Nikon N90s and Nikon F100 for some time to come.

Floyd K. Takeuchi is a documentary and fine arts photographer based in Honolulu, Hawaii. Documenting the #BlackLivesMatter Protests - Some Thoughts and Images - By Dan Shapiro